Shared News| Updated: November 4, 2019 9:54:01 am
Ahead of the first T20I against Bangladesh in New Delhi, 19-year-old Keshav Dabas stunned India’s premier batsmen by his ferocious deliveries. The youngster, who hails from the national capital, dismissed Rohit Sharma and followed it up by uprooting Shikhar Dhawan’s stumps moments later.

The incident happened during India’s practice session ahead of the first T20I at the Feroz Shah Kotla Stadium in New Delhi.

As per the report, a good length delivery combined with some extra bounce clipped the outside edge of Rohit’s bat. He was excited for a moment as he raised his hands in the air, before India’s stand-in skipper threw the ball back to him. However, there was no reaction from the 19-year-old’s end when he uprooted Dhawan’s stumps as he picked up the ball and walked back quietly to begin his run-up.

Keshav’s bowling earned him plaudits from other seamers in the Indian camp, especially right-arm seamer Shardul Thakur. “No, I did not hear the praise from Ravi Shastri sir but yes Shardul Thakur did ask me about my whereabouts,” Keshav stated.

This is not the first time the 19-year-old has helped international cricketers during the practice session. He was an official net bowler when Australia toured India earlier this year. He currently is associated with Surinder Khanna Cricket Academy and has also represented the Delhi U-19 team in one match. 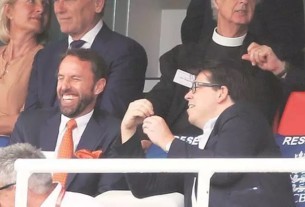 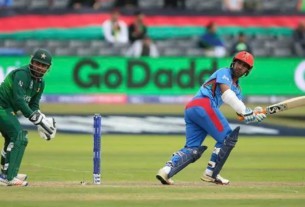 How India’s batsmen play Anderson will be key: McGrath