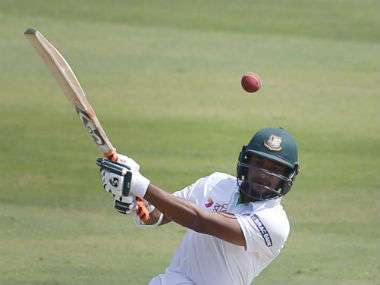 Come 14 June, the passionate Afghan players will find out that the five-day version of the game is a different beast altogether but Bangladesh skipper, Shakib Al Hasan, has backed them to do well.

Dehradun: In less than two weeks, Afghanistan will experience what Bangladesh felt 18 years ago when they played a Test for the first time.

Come 14 June, the passionate Afghan players will find out that the five-day version of the game is a different beast altogether but Bangladesh skipper, Shakib Al Hasan, has backed them to do well.

“They have come a long way, especially in the last few years. They have world-class players in the squad and they deserve the Test status,” said Hasan, who has experienced the best and worst times in Bangladesh cricket history, on the eve of the opening T20.

Asked what kind of exposure Afghanistan should get going forward in Tests, the star all-rounder added, “As long as they play the top teams regularly irrespective of the format. That should give them enough exposure.”

Bangladesh have themselves endured tough time in the longest format ever since they played their inaugural Test against India in 2000. The sub-continental side has surely become a potent pack at home but with 10 wins, 80 losses and 16 draws from 106 games, Bangladesh remain determined to improve their record notwithstanding the famous victories against England and Australia in the last couple of years.

Their Twenty20 opponents this week, Afghanistan, too play India in their inaugural Test in Bengaluru from 14 June. The team from the strife-torn nation has risen rapidly in the shorter formats and expectations are that they will do the same in five-day cricket.

Afghanistan’s strength is their spin bowling, led by the sensational Rashid Khan and Mujeeb Zadran. Their batting is the weakest link but it can only improve with more Test match experience, feels coach Phil Simmons.

The West Indian knows that his players have no idea of what five-day cricket is all about but still expects them to be competitive starting with the India challenge.

They have exceeded expectations in the shorter formats in the last five-six years and there is no reason why they can’t do it in Tests even though it is a lot tougher than ODIs and T20s, said Simmons.

Afghanistan would have been better off preparing solely for their maiden Test but for the next week they will have to stick to the slam-bang mode. Afghanistan skipper Asghar Stanikzai chose to see the positive of playing T20s right before the historic Test.

“Bangladesh are very competitive and if we beat them, we take that confidence into the Test. Also, we are really in good space here in Dehradun. We have other home grounds in Greater Noida and UAE but with hills overlooking the stadium, this feels closest to Afghanistan,” said Stanikzai.

The Yo-Yo conundrum: Players should be given a second chance, says Patil 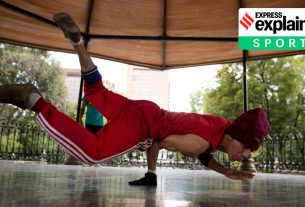 Explained: How breakdancing broke into the Olympic stage for Paris 2024