It has been almost 2-1/2 years since Serena Williams and Maria Sharapova last faced off across the net but when it comes to these two great on-court foes, absence does not make the heart grow fonder. While Sharapova’s quarter-final defeat by Williams at the 2016 Australian Open ended up being the last competitive match the Russian would play for 15 months after she was slapped with a doping ban, her American rival was on a maternity break for most of 2017.

Making her Grand Slam comeback in Paris following the birth of her daughter Alexis Olympia last September, Williams will renew her fierce on-court rivalry with Sharapova on Monday when they meet in a highly-anticipated fourth-round showdown at the French Open. Their on-court encounters have been a bit of a mismatch because Sharapova has proved to be the kind of prey Williams likes feasting on. Williams, the holder of 23 majors, has strung together an 18-match winning streak against the Russian dating back to 2005.

In her autobiography, Sharapova appears to take credit for that run with a bit of reverse psychology — suggesting that the American was so traumatized by her defeat by the then 17-year-old Russian in the 2004 Wimbledon final that she is still driven on by that memory. A clearly unimpressed Williams did not hold back when it came to sharing her thoughts on the matter on Saturday.

“The book was 100 percent hearsay, at least all the stuff I read and the quotes that I read, which was a little bit disappointing,” said the 36-year-old. “I have cried in the locker room many times after a loss, and that’s what I have seen a lot of people do. It’s normal. If anything, it shows the passion and the desire and the will that you have… to go out there and do the best. It’s a Wimbledon final… it would be more shocking if I wasn’t in tears.
“I think what happens there should definitely stay there and not necessarily (be) talked about in a not-so-positive way in a book.”

Apart from Sharapova’s indiscretions, there were other things in the book that irked Williams. “The book was a lot about me. I was surprised about that… (because) I didn’t expect to be reading a book about me, that wasn’t necessarily true,” added Williams.

“I didn’t know she looked up to me that much or was so involved in my career. “I feel like women should bring each other up. The success of one female should be the inspiration to another.”

Sharapova did not want to delve too much into their bitter past on Saturday and instead simply concentrated on the match ahead by saying: “There is a lot of things in her game that she’s done much better than I have. Numbers don’t lie. “Despite the record that I have against her, I always look forward to coming out on the court and competing against the best player.”

As far as Williams is concerned, she does not reserve any special on-court treatment for Sharapova — no matter what the Russian divulged in her autobiography. “Whenever I play her, I go out there the way I play everyone else. I go extremely hard. I don’t play anyone different. I play everyone so hard because they play me really hard and I always have to be ready for it,” said Williams, whose ranking of 451 is not fooling any of her opponents.
She showed that she too can indulge in a bit of reverse psychology.

“Quite frankly, she’s probably a favourite in this match, for sure,” Williams said with a smile, knowing full well no one believed her. 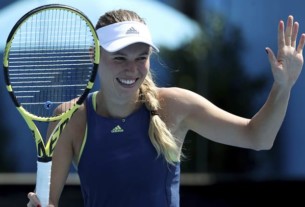 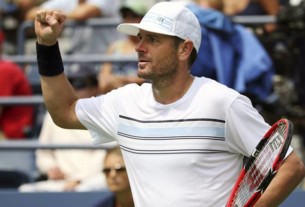