Growing up in Auckland, Ajaz Patel never dreamt of becoming a cricketer. His parents had just shifted with him and his two sisters to the city from Mumbai and there were more pressing livelihood issues to grapple with. His father, Yunus, then a refrigerator mechanic, had just opened a shop and young Ajaz was getting accustomed to the new country and new life.

Cricket, thus, was merely an afterthought. “I was more of a school and home guy. I did not have too many friends to play the game in the streets or the nearby ground and we were just finding our feet in the new country. I used to play cricket when I was a child in Mumbai with my cousins and friends in school,” he told New Zealand Herald before making his debut two years ago.

But that’s when his aunt intervened and put him at a cricket club along with her children. Naturally left-handed and tall for his age, Ajaz was groomed to be a fast bowler. Not the tearaway types but more the guy who probes batsmen with a tight line and nails them with his natural angle away from the left handers. At age-group level, he reaped reasonable success, and was a first-choice seamer for Avondale College alongside future Black Caps Martin Guptill and Jeet Raval. Team India during a warm-up session at Wellington. (Source: Twitter/BCCI)

But the U-19 World Cup snub prompted a rethink and he decided to have a frank chat with Auckland U-19 coach and former New Zealand off-spinner Dipak Patel. “Do you think I am good enough? Should I switch to batting or bowling spin? I sometimes bowl spin in the nets and a few times for the club (New South Lynn).”

At the end of the conversation, Dipak took him to the nets and asked him to bowl spin, before he went to watch him at a club game. “I was impressed, he’s got that ability to spin the ball and from there on it’s all about the art. It’s about learning and it takes a long time. I knew his fast bowling would not have taken him anywhere, there were so many better kids than him,” he remembers.

However, it wasn’t as easy as just switching on a light. It meant more hard work than before, but Ajaz was willing to slog. “Once he got a hang of it, he was unstoppable. He would keep bowling throughout the day. Sometimes I had to force him to take a few days’ break. But he wouldn’t listen and wanted to make up for lost time. He had set an individual goal of bowling a particular number of deliveries a day,” Dipak remembers. It was never below 1,000. 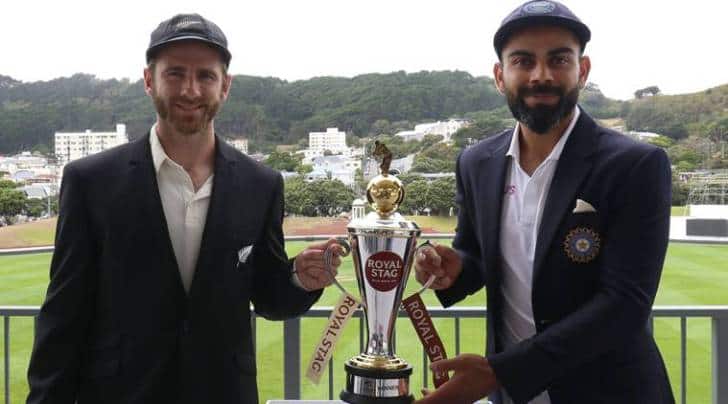 Kane Williamson and Virat Kohli ahead of the first Test. (Source: Twitter/BCCI)

At the same time, Dipak didn’t want to hurry Ajaz’s transformation. He wanted to do it in an organic way and made him play as many club games as possible. Though he was among the top five wicket-takers at club level for two years in a row, he found it difficult to break into the domestic team, as Auckland’s spin bowling department was sorted. So he decided to make a switch and joined the Taradale Club in Napier, so that he could push for getting picked for Central Districts. It meant staying away from home, which he had never done in his life, and felt terribly homesick in the more back-woodsy Napier. But once he started making friends at the club, he started to enjoy life. One of his close friends was skipper Luke Kenworthy, who fondly recollects Ajaz’s professionalism.

“He’s brilliant as a pro. When he does come out for club cricket, he definitely doesn’t treat it as a step down. It’s not a bit of fun for him, he’s really into it and he really helps the boys out a lot,” he says.

Though obsessively serious about the game, Ajaz was pleasant and friendly. “He obviously had a different culture, never used to drink or smoke, but was friends with everyone, a lively character and it was difficult for someone to not like him,” Kenworthy says.

Propelled by hordes of wickets — Kenworthy claims that he averaged at least three wickets a game — there came a point in time when Ajaz could not be ignored. The first-class break arrived in December 2012, and he demonstrated his utility by topping the Plunket Shield charts for three successive seasons, the last of which resulted in Central Districts’ title triumph. “We knew he would one day play for New Zealand,” Kenworthy recalls.

Only that he had to wait a long time for that day. New Zealand were plodding through the post Vettori-era and trying a raft of different spinners, before Mitchell Santner sealed the place with his all-round skills. “He just kept improving, added subtler variations, learned to use the crease better and became a more mature bowler. He’s a very resilient character, who took the setbacks in the strides,” says Dipak. 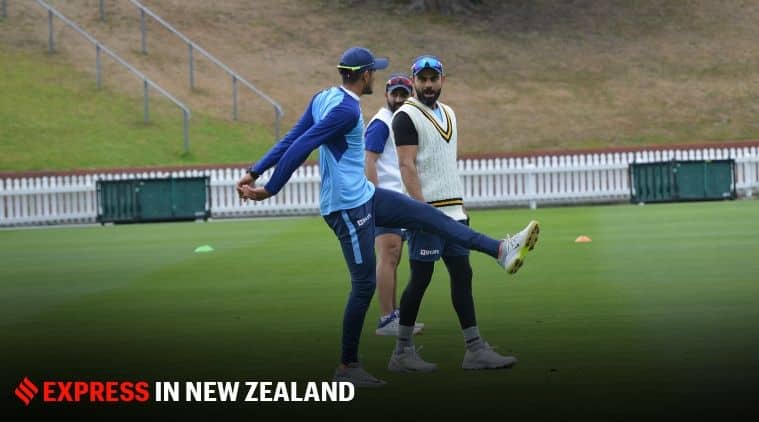 The last time was six years ago, for a two-Test series which got over even before Indian players had got accustomed to the conditions.

Ajaz used the time to get experience in different conditions, like joining the Surrey league for Cranleigh Cricket Club and bowling at the Mumbai Indians during a trip to Mumbai. Then just before his 30th birthday, he was informed about his inclusion in the squad to tour UAE to play Pakistan, thanks to injuries to Mitchell Santner and Todd Astle. Then, for once in his life, he didn’t have to wait to become an instant hero, picking five wickets in the second innings of the Abu Dhabi Test to fashion a famous four-run heist. “Despite the time difference, I watched every ball of that match. The next day, we had a small party at the club,” remembers Kenworthy.

In an exuberant press conference, Ajaz choked for words, kept saying he couldn’t believe what he had done. Back home at Blockhouse Bay, his parents were lost for ideas to celebrate. Frenzied calls were made to Mumbai and their ancestral home in Bharuch. “All of them were watching me. It’s a gift of hard work and reward,” he said upon arriving home.

He ended the series with 13 wickets before picking nine, including a five-for, on the Sri Lanka trip. But New Zealand’s emphasis on spin-bowling all-rounders limited his chances, before Santner’s injury offered him another shot at resurrecting his career. “I would look to make the best use of my opportunity, whenever I get that,” he told New Zealand Cricket’s website.

Not just his family and friends in Auckland and Napier, but those in Bharuch and Mumbai too would be glued to the telly sets when he bowls.

Chris Gayle was going to play vs SRH but he had food poisoning: Anil Kumble