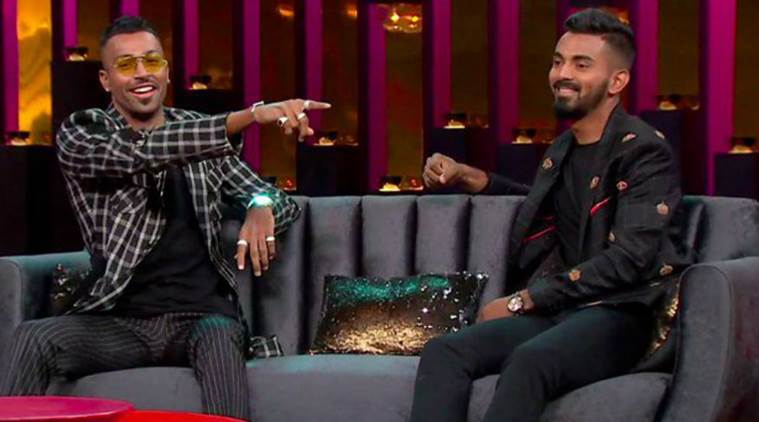 Hardik Pandya is likely to be available for the last three ODIs and the subsequent three-match T20 International series against New Zealand.

The India captain, however, never said anything about Pandya or his return to the side. In fact, he had described the comments made by Pandya and Rahul on the talk show as “inappropriate”, which the team didn’t support. (Source: Twitter)

Hardik Pandya will join the Indian team in New Zealand at the earliest, while KL Rahul has been asked to turn up for India A in their ongoing home one-dayers against England Lions. This follows the Committee of Administrators’ (CoA) decision on Thursday to lift the suspension on the two players “with immediate effect pending appointment and adjudication of the allegations by the BCCI Ombudsman”. Pandya is likely to be available for the last three ODIs and the subsequent three-match T20 International series. Rahul could feature in three one-dayers at Thiruvananthapuram.

According to a source, the new amicus curiae in the BCCI case, former Additional Solicitor General PS Narasimha, called CoA head Vinod Rai and Committee member Diana Edulji in Delhi on Thursday. Rai didn’t turn up but joined the meeting over phone. The amicus said that as the next hearing is still some time away (February 5 likely), it’s better to lift the suspension on the two players and allow them to play. It was the amicus who took the initiative. The court-appointed BCCI ombudsman would inquire into the matter. The CoA had earlier suspended Pandya and Rahul pending inquiry for their comments on the talk show ‘Koffee with Karan’. They were sent back from Australia, with Vijay Shankar and Shubman Gill joining the Indian limited-overs squad as replacements.

“Since the adjudication of all allegations of misconduct against any cricketer registered with, inter alia, the BCCI is required to be undertaken by the BCCI Ombudsman, whose appointment is pending directions of the Hon’ble Supreme Court of India, the CoA is the of the view that the interim suspension orders dated 11.01.2019 should be presently lifted with immediate effect,” the CoA said in a statement. It added: “The above matter and decision has been taken with the concurrence of the Learned Amicus Curiae, Mr PS Narasimha. In view of the above, the suspension orders dated 11.01.2019 is immediately lifted pending appointment and adjudication of the allegations by the BCCI Ombudsman.”


From the cricketing point of view, Pandya being a vital cog in the Indian team’s white-ball wheel, his return to the fold will help the balance of the side. Especially with the World Cup a little over four months away, game time for the team’s only genuine seam-bowling all-rounder is required. Without him, India had fielded three medium pacers in the first two ODIs in Australia that preceded the ongoing New Zealand tour. Virat Kohli spoke about the value of having a seam bowling all-rounder who could chip in with five or six overs in the middle. The India captain, however, never said anything about Pandya or his return to the side. In fact, he had described the comments made by Pandya and Rahul on the talk show as “inappropriate”, which the team didn’t support.

Timeline: In a soup after Koffee
January 6: Hardik Pandya and KL Rahul’s controversial interview on Koffee with Karan aired.

January 9: The BCCI sends its first show-cause notice to the cricketers for their ‘offensive’ comments. Pandya responds to it by attaching the screenshots of his “public apology” on his social media handles.

January 10: CoA’s Vinod Rai writes to fellow committee member Diana Edulji, describing the remarks made by the two players “very crass”. He recommends a two-game ban for both Pandya and Rahul. Edulji asks BCCI acting secretary Amitabh Choudhary and the cricket board’s legal team to opine. Choudhary calls for immediate suspension of the players pending inquiry by an “independent committee”.

January 11: Edulji writes that it would be “imperative that the players be put under suspension till a further course of action is decided for this misconduct…” She recommends that a communication in this regard be sent to the players and the Indian team immediately. The acting secretary says he is in “complete agreement”. Deep into the evening, the CoA sends fresh communications separately to Pandya and Rahul, informing them about their suspensions pending inquiry for “misconduct and indiscipline”.

January 13: The BCCI drops Pandya and Rahul from the limited-overs squads in Australia and New Zealand.

January 14: Pandya and Rahul tender unconditional apologies.
January 24: The suspensions on Pandya and Rahul lifted, “pending appointment and adjudication of the allegations by the BCCI Ombudsman” — the CoA says.

World Cup 2019: Eoin Morgan says fielding let his side down against Pakistan 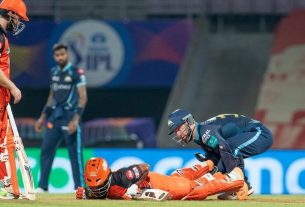