Not the sharpest of captains, Virat Kohli is smart enough to appreciate MS Dhoni’s leadership role. The Indian Express analyses how the skipper leans on senior colleagues when it comes to strategising.

Shared News| Updated: May 29, 2019 9:22:32 am
Kohli is not just articulate when he wants to be but also pretty insightful. Recently, he talked about how the media and the world perceives him. How they come with their own set of projections, almost expecting him to answer in a certain way and almost blank out when he says something else.
“You guys keep going on about Virat Kohli’s so-called ego and aggressive ways, but do you realise how he has gelled so well with [MS] Dhoni and how that partnership has worked brilliantly for India? He knows it helps him, of course, but if he was as self-obsessed as you guys make him out to be, he wouldn’t have made that relationship work.”

It was at a café in Nottingham last August during the tour of England that Ravi Shastri made that comment to this correspondent —and sentiment that was shared by his friend and bowling coach Bharat Arun, sitting beside him. It’s an excellent point of course, even if it doesn’t quite deter from the larger point about Kohli. That he is a bit like Sourav Ganguly in that sense – has the ambition to make the self-obsession work for a larger goal.

But the point that Shastri was making is valid and also revealing about Kohli and the prevalent stereotypes. What Shastri was trying to say was this: you can’t be hitting out against Kohli for being in love with himself, and then couch stuff such as this (Dhoni factor) as him being practical. Give credit where it’s due, was Shastri’s message about Kohli.

It’s a trait we have seen in Kohli’s batting. He tames his ego against the opposition’s best bowlers. Through that English summer, he hardly played an aggressive shot to James Anderson. He just kept leaving deliveries. Tuk-tuk, leave, prod —and take the aggression out on other bowlers. It’s a trait that he has carried on to his captaincy though it’s shrouded by the prevalent tropes about him. In other words, he isn’t a fool. To let his own ego destroy him. He isn’t a Bhasmasura, the demon in the epics, who was in awe of his own powers but was tricked into destroying himself.

Early on, when he was new to captaincy, Shastri took Kohli aside for a chat about Dhoni. Shastri wanted to know what Kohli’s thoughts were and by the end of that conversation, he emerged happy that the captain was on the same page as him. As it would turn out, that equation between captain and former captain remains India’s greatest strength in limited-overs cricket. Kohli melts into the background, performing as boundary rider, while Dhoni directs the little big moments from the hot seat behind the stumps. 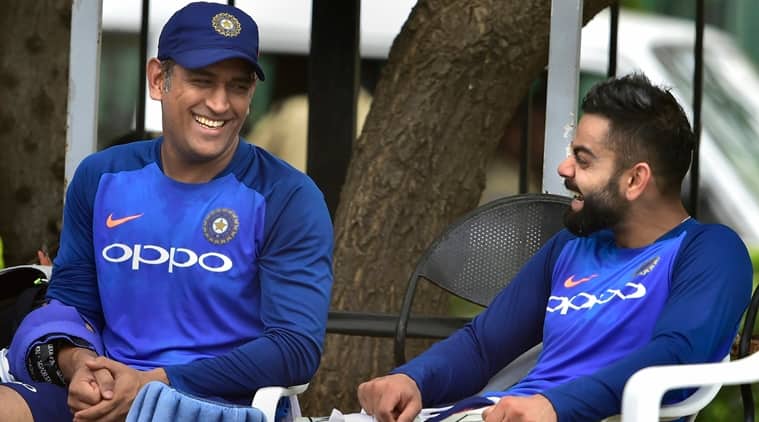 The Australian triumph would have boosted Kohli’s self-assessment as he had won a major series without Dhoni’s help. (PTI Photo/File)

Couple of weeks ago, a journalist, Eva Oude Elferink, from a newspaper based in the Netherlands called. She was writing a feature piece on Kohli, his captaincy style, and India’s chances in the World Cup. Apparently, there is quite a bit of interest back home. She came with such a fresh-eyed look that made one revisit all the tropes and stereotypes that swirl around Kohli. But she also made a rather interesting comment about India’s triumphant series in Australia – and its part in shaping Kohli the captain.

“Would it be fair to say that, in hindsight, considering what you are saying about Dhoni calling the shots in ODIs and Kohli’s personality traits, the Australian tour would have helped a lot in making Kohli a lot calmer as a leader? Because he has won a major series without Dhoni’s help?” It’s a spot-on observation.

The Australian triumph would have boosted Kohli’s self-assessment, for sure, and here is where the debacle in the early part of IPL would have helped in not just bringing him back to earth but given him hope in the way he bounced back in the latter half. Michael Vaughan had called for him to be rested (after six straight losses) but Kohli had shouldered on, and though Royal Challengers Bangalore couldn’t break into the top four, he at least won a few matches in a clutch, and redeemed his esteem a bit.

It’s not the first time that IPL has grounded him. In 2013, when half the IPL was played in the UAE, he had plunged into a series of bruising losses and lost his cool as a captain. Later, he would reflect and say, “I learnt that you can’t panic at the top as the players then scatter around. I realised that after a certain stage, things are not in your control and you have to accept it first. And then work things accordingly, be in the present moment. The more you expect things to happen, the more frustrating it can get. That is what I experienced. If you are in a must-win game, you can’t think the day before the game what if we don’t or what might happen. You have to arrive that day, try and do your skill to the best and you have to accept things as they are and face. That’s the biggest lesson for me this IPL,” Kohli said on the eve of the team’s departure to the UK. 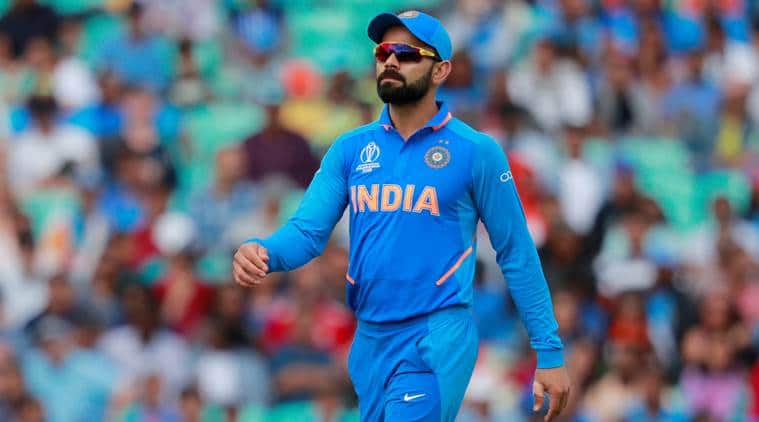 Virat Kohli uses his traits that polarises him to an extent —that love-hate relationship that many share with him. (Source: Reuters)

Kohli is not only articulate when he wants to be but also pretty insightful. Recently, he talked about how the media and the world perceive him. How they come with their own set of projections, almost expecting him to answer in a certain way when they frame the question and almost blank out and look disinterested when he says something else.

It’s a reaction that his personality exacts from some of us. At times, he can be pretty childish, almost spitefully so. Take the instance when he asked a fan to leave the country if he didn’t like Indian cricketers. It was humour gone wrong, he would say later, but it’s in these little moments, that he can reveal his immature side a bit. And the world then extrapolates these episodes, stereotypes him as a hot potato, and find themselves without a narrative arc to fit in, and explain, when he presents his insightful matured acts. So, in a sense, there is a bit of fault in both parties, and being the kind of personality he is, Kohli uses it to motivate himself further.

He uses his traits that polarises him to an extent —that love-hate relationship that many share with him. He is a bit like Shastri in that regard. He has the mental tenacity to fight the world—never mind, occasionally, he has created that mood in others. In his quieter reflective moods, he has talked about that side of his personality—how it comes from his family, his upbringing in West Delhi, his fights with the largely apathetic and nepotism-driven cricketing culture in the city. He has had to fight his way through – and all that has shaped and moulded him.

The mind goes back to Ricky Ponting’s reaction to a kind gesture from Javagal Srinath. Remember the time when Srinath pinged Ponting’s head with a bouncer and actually walked towards him to check on him. Ponting took it as a taunt and asked him to f*** off. No wonder the Aussies sort of have a bemused relationship with Kohli. They identify with him, they think they know him, and their press love trying to bait him. And he responds to them in their own way – serving a bit of their own medicine back to them. It’s clear he loves all that. Rohit Sharma and Virat Kohli. (File)
There are issues in this team, as New Zealand showed in the warm-up game, that will determine India’s campaign. The middle-order batsmen are yet to be made aware of their roles, Rohit Sharma has a technical problem or two (his flicks to deliveries on middle-and-leg line, the bread-and-butter for most Indians, have almost disappeared in recent times, putting him under greater pressure to play the big shot early on, but that’s a story for another day). In the here and now, it does seem Shikar Dhawan’s form at the top and Hardik Pandya’s explosiveness in the end would determine how far India go in this campaign. But all that can wait for now.

If you want to be cheeky about it, you can credit Dhoni if India do well in this World Cup. But it won’t hurt Kohli all that much. He has not just made peace with it, but has actually allowed that to happen. Critics won’t call it magnanimity; they would call it self-awareness and survival instinct. It won’t bother Kohli, at least in this phase of his captaincy. You will even see him jog up to Rohit for the occasional advice. Even Shastri has publicly acknowledged that Kohli’s tactical skills as a captain can improve but his passion for the self and the team (the two almost melt into each other currently) means he would tame his ego and seek all the help he can. Dhoni can calmly whisper from behind the stumps, Rohit can run up to the bowler with an astute suggestion, and Kohli will pump his fists and roar. It’s not the only thing that he does but he isn’t bothered if the world sees him doing only that. And that can only be good for the team.