In February 2016, a medal at the Asian Championship was Sakshi Malik’s first big move in stepping out of the shadows of Geeta Phogat, one of the biggest names in Indian wrestling. An Olympic cycle – and an Olympic medal – later, as another continental championship looms, it is Sakshi’s turn to feel the heat from an upstart, Sonam Malik.

Not many outside the wrestling community have heard about Sonam yet. A two-time world cadet champion, the 18-year-old belonging to a family of wrestlers, she wasn’t anywhere in the national reckoning till a month-and-a-half ago. Two days before the selection trials for the Asian Championship – starting in New Delhi Tuesday – and next month’s Olympic qualifiers, she received a call-up. And in the first chance she got, Sonam upstaged Sakshi. And if she medals this week in the 62kg class, Sonam will have a crack an Olympic quota before the Rio Games bronze medalist.

Sonam isn’t the only one who has a senior, more established wrestler pinned to the mat. In the 57kg category, another 18-year-old prodigy, Anshu Malik can end 2018 World Championship bronze medalist Pooja Dhanda’s Tokyo dreams if she extends her hot streak for another four weeks.

Asian Championship will be a testing ground for Indians

The Asian Championship, despite not being an Olympic qualifier, will be of high significance for Indian wrestlers. For the wrestlers who are yet to qualify for the Games, a medal here will all but ensure they get a direct ticket for the Asian Olympic qualifiers, to be held in March, and not compete in selection trials. For Sakshi Malik, Pooja Dhanda, Gourav Baliyan, Rahul Aware and others who are competing in non-Olympic categories, a podium finish will put their domestic rivals on toes and keep themselves in contention. Even for Vinesh Phogat, Bajrang Punia, Ravi Kumar and Deepak Punia – the four wrestlers who have qualified for the Olympics – the continental championships will be crucial to test themselves against their rivals. Vinesh, for instance, is likely to face Japanese sensation Mayu Mukaida, a wrestler she has struggled to beat. Deepak, after a poor show at Rome Ranking Series, will be keen to make amends while Bajrang will face his arch-rival Takuto Otoguro of Japan and Kazakhstan’s Daulet Niyazbekov.

And in the men’s field, two-time Olympic medalist Sushil Kumar will miss his second straight Games if Jitender Kumar manages a podium finish this week, and then repeats it again at the continental qualifiers next month. Jitender isn’t as young as the other two women wrestlers. But amidst the constant controversies and churning in the 74kg, he now has a chance to cement his place.

On the face of it, an Asian Championship just a month before the continental Olympic qualifiers should be of little relevance. But try telling that to the Gen Y of Indian wrestlers – their Olympic aspirations rest entirely on how well they do this week. Indeed, it is never so straightforward with the Wrestling Federation of India (WFI), who perform more backflips than a grappler.

The federation’s president, Brij Bhushan Sharan Singh, had initially said the winner of last month’s selection trials would be in the team for the Asian Championships as well as qualifiers. Then, without any explanation, the rule was changed and it was announced that a wrestler would be selected for the Olympic qualifiers only if his/her performance was ‘satisfactory’ at the continental championship. What exactly counts as ‘satisfactory’ was kept vague, but it is largely held that a medal here should do it. 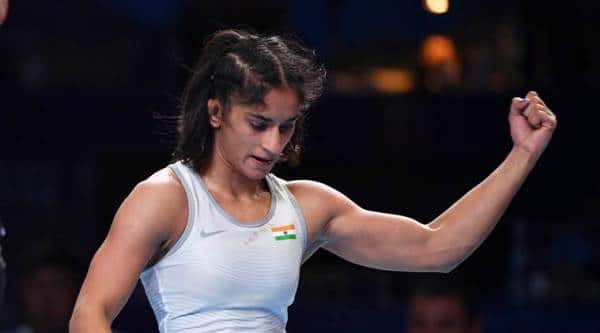 Their path to podium may have gotten relatively smooth after North Korea withdrew and China were denied visas, both because of the deadly coronavirus. The WFI had claimed they received assurances from their Chinese counterparts that none of their wrestlers tested positive for the virus. They subsequently requested the Ministry of Youth Affairs and Sports as well as the Ministry of External Affairs to process the Chinese visas. However, the 30 wrestlers and roughly 10 support staff were denied permission. In fact, two Chinese staff of the United World Wrestling, who were travelling from Geneva, too, have been denied visas.

North Korea, another wrestling powerhouse, pulled out despite securing visas as the only route available for them was via Beijing, and, according to Sharan, they did not want to take any risks. The absence of Chinese and North Korean wrestlers will work in favour of Indian wrestlers, especially Anshu, who will avoid facing China’s world number 4 and world championship silver medalist Ningning Rong and North Korea’s Jong In Sung. Vinesh Phogat, who has already qualified for the Olympics, too stands to gain as world number 1 and world champion Pak Yong Mi of North Korea and China’s Pang Qianyu (world number 4) aren’t here.

But such is the depth in Asian wrestling that China and North Korea’s absence will hardly take the sting out of the tournament. Olympics hosts Japan, one of the strongest wrestling nations, have sent a strong squad comprising world number 1s and world champions. Kazakhstan, Iran, Mongolia and Uzbekistan, too, have sent their best, given this will be the last tune-up before next month’s Olympic qualifiers, the penultimate chance for wrestlers to seal their spots.

So if Anshu may have to beat Japanese legend world champion Risako Kawai (reigning Olympic champion in 63kg) to get a shot at qualifying for the Tokyo Games, Sonam will have to overcome her sister Yukako, a world championship bronze medalist, as well as world champion Aisuluu Tynybekova of Kyrgyzstan. Jitender, meanwhile, will be up against Kazakh world number 3 Daniyar Kaisanov and Japan’s Daichi Takatani.

They have slayed reputations to get so far. Now, they have a chance to build theirs.