From mohalla clinics to parent-teacher meetings in government schools — over the last five years, the AAP government has often emphasised on its focus on two key areas, health and education. To what extent has it succeeded? A survey of 2,298 Delhi voters by Lokniti-CSDS attempts to find out

Early this year, the Aam Aadmi Party-led Delhi government presented a Rs 60,000 crore budget for 2019-20, earmarking nearly two-fifths of the allocation to education and health. In doing so, it sought to make a statement about the significance it attaches to the two sectors. In fact, it is banking on initiatives such as mohalla clinics, free medical tests, parent-teacher meetings, happiness curriculum and improvement of school infrastructure to get another term in power.

During a comprehensive opinion survey among Delhi’s voters, conducted between November 22 and December 3, 2019 by the Lokniti programme of the Centre for the Study of Developing Societies (CSDS), an attempt was made to find out how successful people believe these initiatives have been. Several questions related to health and education were asked to understand the experience people have had at government clinics, hospitals and schools, and what they think about the Delhi government’s performance. 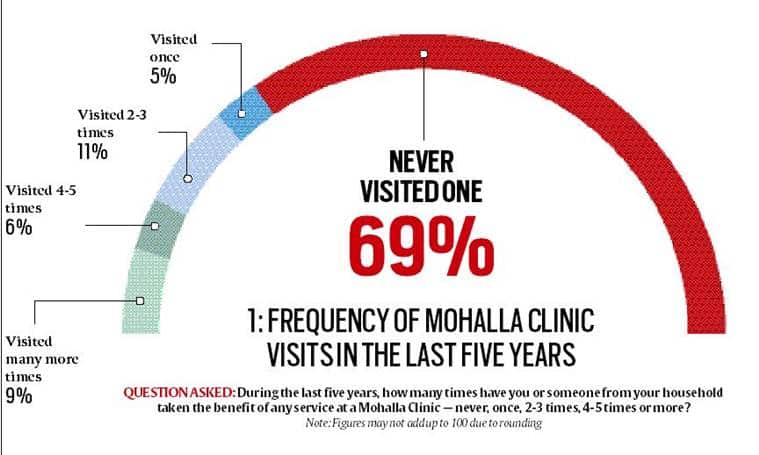 Respondents who said they had visited a mohalla clinic were asked whether they were satisfied with the services. Nine of every ten (91%) expressed satisfaction, 55% fully so (table 2). Satisfaction among voters with the treatment received at Delhi’s government hospitals was also found to be extremely high. 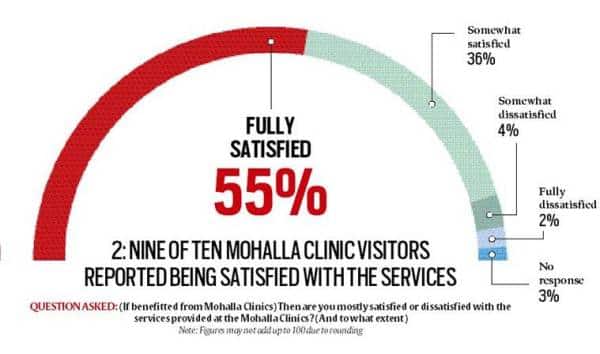 Seven out of ten respondents said they had visited a government hospital in the city at least once during the last five years (table 3), and among them only 10% expressed dissatisfaction with the medical treatment they had received (table 4). Two in every three respondents were of the opinion that the treatment at Delhi’s government hospitals had become cheaper during the last five years. 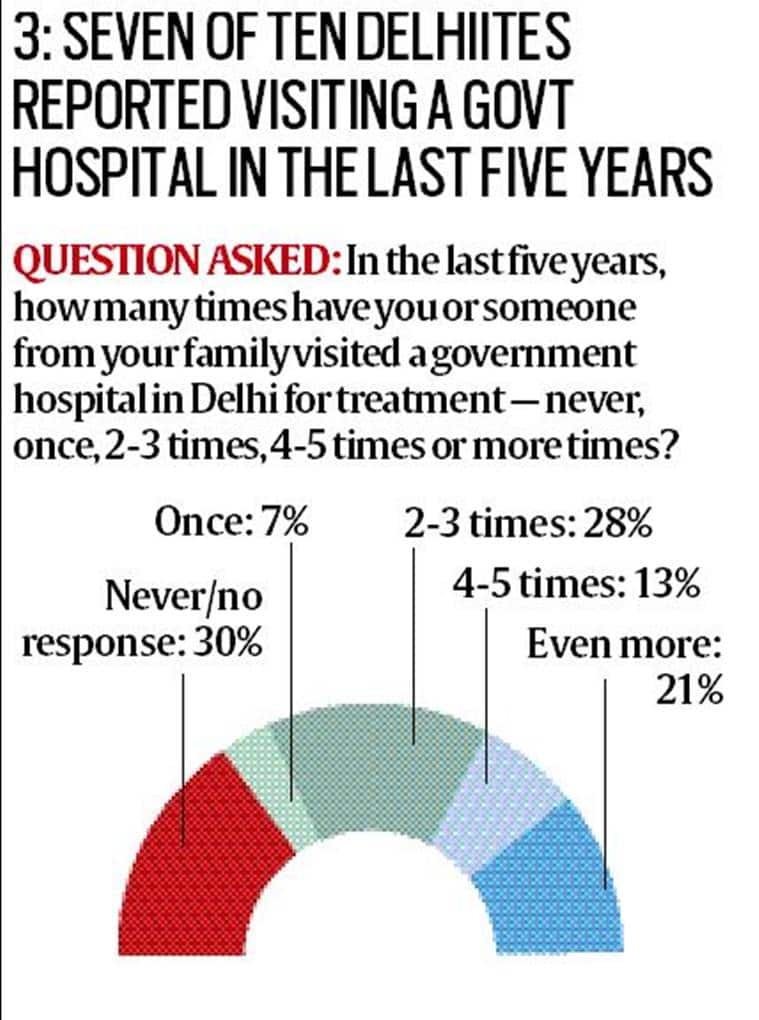 In the context of the AAP government’s claims of success in controlling cases of dengue in the city, the survey asked respondents whether mosquito-borne diseases had increased or decreased in their locality. Two in every three claimed that cases of such diseases had reduced in their area in the last five years, with respondents residing in both posh areas and slum areas reporting an improvement in equal measure (table 5). The survey also tried to measure voter perception regarding the AAP government’s attempts at transforming the school education system. The questions pertained to the quality of education being imparted, the condition of classrooms, the presence of sports facilities, the quality of mid-day meals, and the morale of students and teachers.

On each and every one of these parameters, the respondents, particularly those belonging to households having a child/children in a Delhi government school (the survey came across around 25% such households, mostly belonging to lower income groups), were found to have a positive perception. Nine of every ten reported an improvement in the quality of education at Delhi government schools; eight of every ten thought the condition of classrooms in such schools had become better; a little over three fourths reported an improvement in sports facilities; and eight of every ten felt that the confidence of students had increased (table 9). 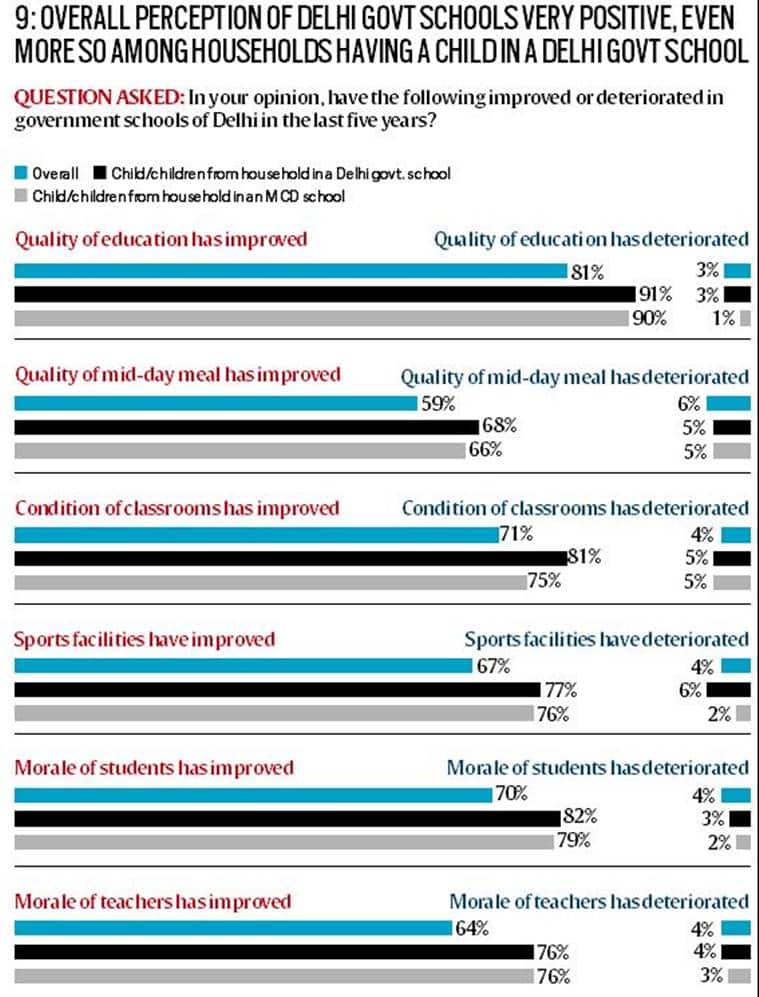 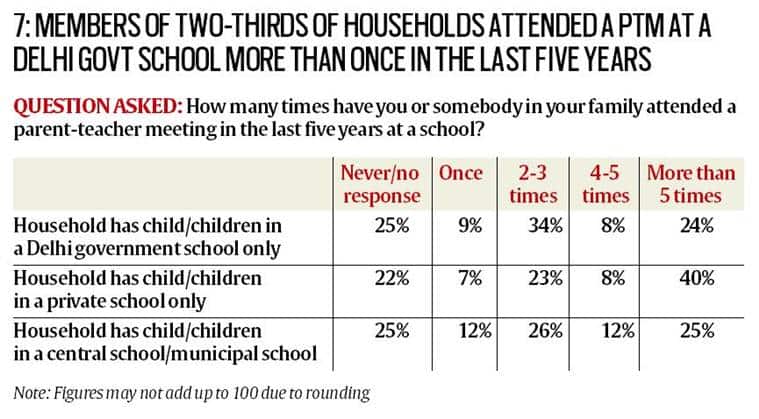 The survey indicates that come assembly polls, the AAP stands to benefit from this positive assessment of its work in the two sectors. In fact, many respondents who voted for BJP and Congress in the Lok Sabha elections were generous when it came to giving marks to the AAP government for its performance on health and education related matters.

(Shreyas Sardesai is Research Associate at Lokniti-CSDS. Biswajit Mohanty is an Associate Professor in the Department of Political Science at the Deshbandhu College, University of Delhi. He is also the State Coordinator of Lokniti (CSDS) in Delhi.)

HOW THE SURVEY WAS CONDUCTED

The findings presented here are from a survey conducted in Delhi by the Lokniti programme of the Centre for the Study of Developing Societies (CSDS). The survey was conducted from November 22 through December 3, 2019 among 2,298 voters in 115 locations (polling stations) spread across 23 Assembly Constituencies of the capital. The sampling design adopted was multi-stage random sampling.

The Assembly Constituencies were randomly selected using the probability proportional to size method. Thereafter, five polling stations within each of the sampled constituencies were selected using the systematic random sampling method. Nearly 50 trained field investigators conducted face-to-face interviews of the respondents in Hindi asking them a set of standardised questions on mostly governance-related matters. The interviews were conducted at every fifth house of a polling station in order to ensure randomness.

The interview duration was about 30 minutes on average. In order to ensure representativeness and correct for underrepresentation of key demographics, the achieved raw sample has been weighted by Gender, Religion, and Caste group based on Census 2011 data. All analysis here has been presented on the weighted data set. The survey was designed, supervised and analysed by a team of researchers associated with Lokniti.

The survey was directed by Prof. Sanjay Kumar of CSDS. Lokniti would like to acknowledge the support of Durba Chattaraj of Ashoka University who partially supported this survey with the Franklin Research Grant of the American Philosophical Society.

From Aconcagua to Everest: This woman is on a mission to summit 7 peaks across the world

A city stolen from the sea: The greed that breeds Mumbai’s struggles with rain