Rosemary Mair, 21, made her debut for New Zealand in February this year. She plays for the Central Districts team in New Zealand domestic cricket. (Twitter/CentralDistricts)

Shared News| November 7, 2019 7:11:45 pm
New Zealand bowler Rosemary Mair has bowled an insane spell in an inter-district match, returning a double hat-trick – four wickets in four balls – and figures of 4-4-0-4. Her figures came for Hawke’s Bay, her provincial side, against Taranaki in the Shrimpton Trophy.

Chasing a target of 264 in the 40-over match, the Taranaki side was demolished for 56 – with Mair’s spell rolling over the top order. Not a single run was scored off her four overs.

Mair, a 21-year-old seamer, made her international debut against India in February this year. She plays for the Central Districts team in New Zealand domestic cricket. 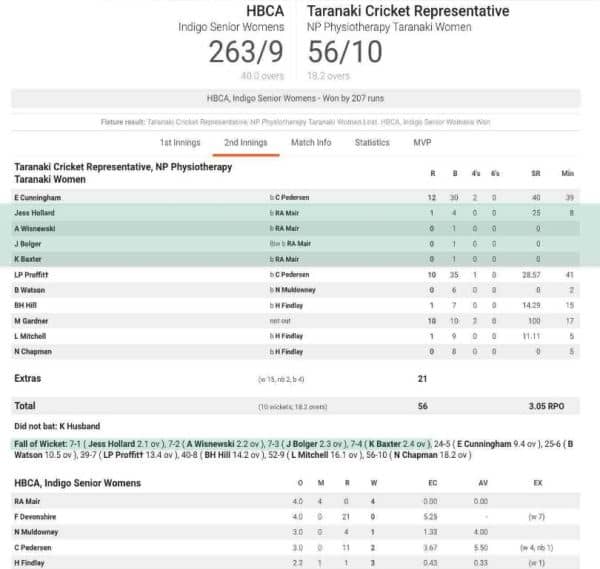 The scorecard of the match

Mair was handed her central New Zealand contract earlier this year. She has so far featured in three one-day internationals and as many T20Is.

IND vs NZ: How New Zealand pulled a fast one