Virat Kohli skipping the last three Tests of the Border-Gavaskar Trophy to attend the birth of his child might go down as the most famous, if not the most discussed, paternity break in the history of the game. It has no doubt rendered the series poorer, and swung the pre-series odds massively in Australia’s favour. But it’s not just the neutrals who are mourning, the Indian captain would be dearly missed by the broadcasters, a testament to his brand, stature and fan following.

Cricket Australia has a complicated distribution of cricket rights to broadcasters. Fox Sports, a paid channel, will telecast the white-ball leg while the free-to-air Channel 7 will televise the Test series. The pink-ball Test in Adelaide, though, will be shown on both channels. It implies that Fox Sports will have 11 days of cricket with Kohli, 6 of which are exclusive, while Seven gets non-exclusive five days. Given the proclivity of pink-ball Tests ending in less than four days, they might even get less of Kohli. Fox Sports CEO Steve Crawley, according to The Australian, considers it an accidental coup. “To have those six games beginning November 27 exclusive on Fox Cricket is a massive thing for us and our greatest ever challenge and our greatest ever triumph already to have him (Kohli) exclusively,” he said.

Understandably, Channel 7 is gutted. The Australian has headlined it “Baby Bombshell” for Seven. Kerry Stokes, chairman of Seven West Media that owns Channel 7, blasted Cricket Australia in an interview with The Age: “The company paid a lot of money – a record amount of money – for a quality product and that hasn’t been delivered to us, and nor have they offered us anything in return to make up for what they haven’t delivered,” he said. In the backdrop is an already strained relationship between 7 and CA. Kohli’s absence would widen the cracks.
https://twitter.com/imVkohli/status/1326564190711148549?ref_src=twsrc%5Etfw%7Ctwcamp%5Etweetembed%7Ctwterm%5E1326564190711148549%7Ctwgr%5E&ref_url=https%3A%2F%2Findianexpress.com%2Farticle%2Fsports%2Fcricket%2Fvirat-kohli-void-india-vs-australia-test-series-7051150%2F

“Special One” in Adelaide

The Adelaide Oval is a special venue for Kohli, his first Test hundred arrived at this ground, in the next visit he struck back-to-back centuries, and in the third he registered a victory that set the tone for India’s first Test series triumph in Australia. In between, he also has a World Cup ton against Pakistan here. Now, he would play a pink-ball Test at this iconic ground. Hence, it would be a blockbuster, screams an article on The Advertiser with the headline “The Special One”. “South Australia is poised to cash in on superstar Indian captain Virat Kohli’s decision to play the first Test in Adelaide before dropping out…” South Australia Cricket Association CEO Keith Bradshaw is quoted as saying in The Advertiser that Kohli’s absence for the remainder of the series will turn the Adelaide Test “into an even bigger blockbuster as fans (would) clamour to get a glimpse of the brilliant stroke-maker under lights.”

Whereas most of the articles in the Australian media pertained to losses and gains for the broadcasters and cricket associations, The Australian’s columnist Gideon Haigh dwelled into the rationale behind Kohli’s decision. “He wishes to be an attentive husband as well as an attendant father, to be with Anushka in the final stage of the pregnancy and in the first bloom of motherhood. There may be something else at work, too, to do with Kohli’s own supremely exacting professional standards,” he writes.

The impending fatherhood, Haigh feels, could have diluted some of his famed intensity levels. “He aims for peak physical and mental proficiency in everything he does… Part of Kohli may have feared he could not, under the circumstances, achieve in his Australian tasks the degree of clarity and immersion to which he is accustomed to,” he says.

It would be interesting to see how parenthood would affect Kohli’s career, Haigh dwells. “Cricket and marriage have coexisted peacefully in his life; cricket and children will be harder to reconcile,” he says. 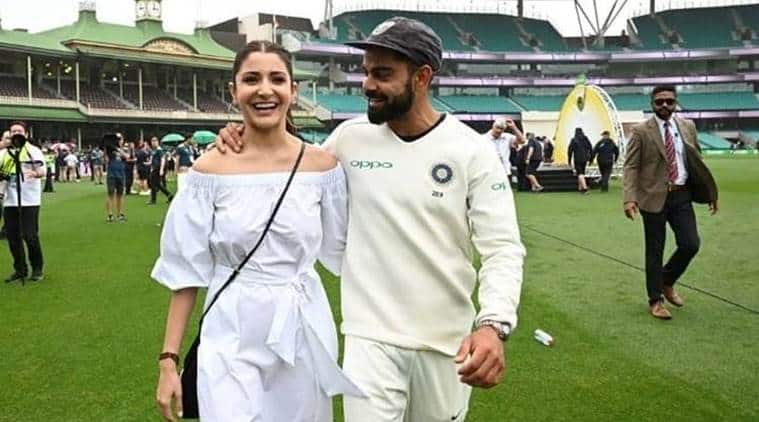 In The Australian, Robert Craddock says it would be a “colossal hammer blow” for Australia’s $300 million Test summer. “It’s a massive boost to Australia’s hopes of reclaiming the Border-Gavaskar Trophy, but losing the game’s No.1 drawcard is a crushing disappointment for CA administrators and broadcasters Fox Sports and Channel 7,” he writes.

But CA boss Nick Hockley maintained optimism and labelled the series “one for the ages.” Despite Kohli’s absence, he is hopeful of a closely-fought series. “You’ve got a good number of players from both sides who played the last series in Australia which India won. There’ll be a huge amount to play for,” he told Radio Station SEN.

Former Australia captain Michael Clarke told Sky Sports Radio that the news is a “massive punch in the face for Test cricket.” He said that he would have flipped the international fixtures to ensure Kohli was available for the Tests instead of the suite of white-ball matches preceding them. “We’ve changed everything else, why not? I would have. If you care about Test cricket and if you had that choice, for sure you would’ve found a way,” he remarked.

Steve Waugh admits he was a bit surprised when he heard of Kohli’s decision. “I’m a little bit disappointed he’s not going to be there, and a bit surprised. This was really shaping up as one of the key series of his whole career after he’s achieved just about everything. But obviously family comes first,” he told AFP.

Waugh struck a parallel to the last time India toured Australia. “It’s a bit like a couple of years ago when India won without (David) Warner or (Steve) Smith in the side. You really want to win against the best possible opposition, particularly when this is like the heavyweight title fight,” he said.

One of Waugh’s predecessors, Allan Border was surprised. “I’m a little surprised by the news because I was talking to Sunny Gavaskar not so long ago and he said to not worry and ‘tell your fans not to worry about Virat Kohli — he’ll be there for the whole summer’,” he told Fox Sports.

He admitted that the idea of leaving a tour to witness a birth simply wouldn’t register among the playing group in his era. “It was something that was never discussed. If you happened to be on tour with the Australian cricket team, you didn’t even think about not staying on the tour. I’m not sure when (that mindset) changed. But certainly now, there’s not many guys who won’t leave a tour or not go on a tour because of the impending birth of children. The girls did it a bit tougher, maybe, in those days,” said Border, who missed the births of two of his four children.

We can’t be complacent: Langer

Kohli’s absence would soothe a major headache for Australia head coach Justin Langer. “Are we happy he’s not playing? It’s like taking Dustin Martin out of Richmond, isn’t it?” said Langer, referring to the champion Australian Rules footballer. He added, during a virtual press conference: “I’ve also got respect for him in the sense that he’s made this decision (to take paternity leave). He’s a human being like all of us.”

But it’s not like Australia have already pocketed the series, Langer warns. “We cannot get complacent for a second with or without Virat. So, we’re going to have to be on our toes all summer,” he said.

Off-spinner Nathan Lyon concurred. “Look at (Cheteshwar) Pujara, (Ajinkya) Rahane, and they have also got a couple of young guys coming in. It’s still going to be a massive challenge for us. Just because Virat’s not here doesn’t mean we get to hold the trophy up. We’ve still got a lot of work to do, a lot of homework to do,” Lyon told Fox Sports.