Paul Pogba, who moved to Old Trafford in 2016 in a $114 million trafer deal, has been linked with Barcelona, following a series of apparent fallouts with manager Jose Mourinho.

Speculation about Paul Pogba’s future at Manchester United continues to mount amid reports in the British media that the midfielder is afraid he will be punished if he says the wrong thing.

The France World Cup winner, who moved to Old Trafford in 2016 in a $114 million trafer deal, has been linked with another big-money move, to Barcelona, following a series of apparent fallouts with United manager Jose Mourinho.

But the 25-year-old was made captain for his club’s Premier League opener against Leicester City and was praised by Mourinho for his performance, which included the goal that set United on the way to a 2-1 win.

In comments widely regarded as reflecting continuing problems with his relationship with the United boss, he wrote: “I’ll always give my best for the fans and my team mates, no matter what’s going on.”

He did not directly mention Mourinho, who has been critical of the player he signed from Juventus in 2016.

He adds: “When people trust you, then you’re good in your own head, and it’s going to be easier.

“I always give my best for the fans, for the team mates … and for the people that trust me.” 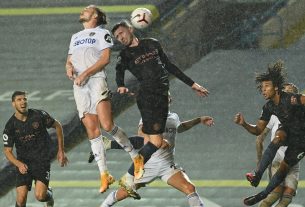 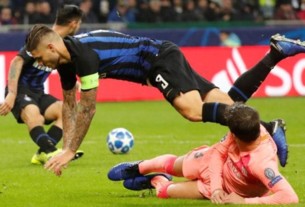