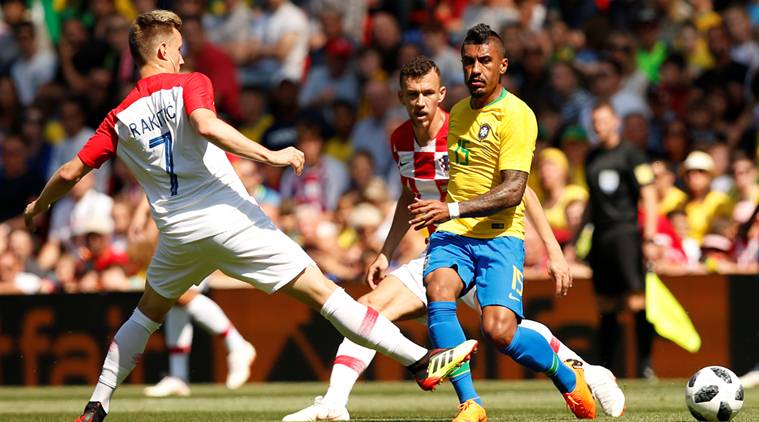 The iconic red-and-white checkered Croatian jersey will be worn by some of the iconic footballers of this generation.
Much of Croatia’s play will be orchestrated by the heartbeats of Real Madrid and Barcelona. (Source: Reuters)

The iconic red-and-white checkered Croatian jersey will be worn by some of the iconic footballers of this generation.

The Balkan nation will land in Russia with a squad that’s bursting with talent; a sort of European fantasy XI with a midfield that will be the envy of every team. Their expected first XI comprises players from nine top teams from four European leagues — Serie, La Liga, Premier League and Turkish league — and it includes two of the best midfielders of this generation — Luka Modric and Ivan Rakitic.

Much of Croatia’s play will be orchestrated by the heartbeats of Real Madrid and Barcelona. Ivan Perisic and Mario Mandzukic – who playing as a wide striker, a role he has effortlessly pulled off at Juventus – complete the quartet that will be key to Croatia’s ambitions.

Yet, this will not be the most-loved bunch – not even in their own country. Russia 2018 is likely to be an extension of Croatia’s puzzling underachievement on the big stage, a consequence of a complex relationship between the fans, players and Croatian football authorities, despite having terrific quality.

The eternal turmoil of Croatian football was captured in one frame at the Euro 2016. The Modric-led side was leading Czech Republic 2-1 when section Croatian fans threw flares on the pitch and fought in the stands among themselves. What looked like a mindless act was in fact a planned protest against Croatia’s football chiefs, using players as pawns.

The reason? A lot of Croats feel alienated from the national team. Davor Sukur, the legendary forward who was key to the team’s third-place finish at France 1998, is much-vilified head of the Croatian federation, which has been accused of widespread corruption.

Croatian writer Aleksandar Holiga wrote in The Observer that many fans feel international shame and on-pitch failure is the only way they can force changes in Croatian football. So the players have been caught in the crossfire, which is why they often look disjointed on field. It also explains why Croatia finished below Iceland in the qualifying and had to go through the rigour of playoffs.

READ | Peru, where the streets sing only one name, Paolo Guerrero

Zlatko Dalic, who took over as the manager towards the end of a nervous qualifying campaign, now has the inevitable task of making this side play to its potential. But he, too, seems to be struggling to fit in all the pieces together. Dalic is so spoilt for choice that he still hasn’t been able to figure out the tactics that will bring out the best.

Ironically, despite having some of the best attack-minded players, Croatia have been restrained in their play for the fear of exposing their ageing backline, manned by Lovren and Vida. This approach was a crucial factor in them losing to a defensive Iceland in the second leg of the qualifiers while a counter-attacking Nigeria, too, will see it as an opportunity to nick a point or three.

All their problems aside, Croatia’s match against Argentina on June 21 should be a delight. For, no other group stage match will offer more quality in terms of players that’ll assemble on field. 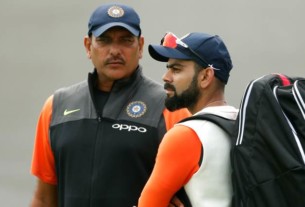 India vs Australia: It is quality of cricket rather than sledging that wins matches, says Ravi Shastri

IND vs AUS A: Video shows Shubman Gill might not have nicked ball