Skates: December 12, 2020 8:28:08 am
The lawsuit is expected to be filed sometime next week. (Representational image/FILE)

The call for increased safety measures across sport has been gaining steam over the past few years. But now there’s a group of former ruggers set to take legal action against World Rugby, Rugby Football Union (governing body in England) and the Welsh Rugby Union for negligence in promoting safety.

The BBC reported that a group of eight former players, including England’s 2003 World Cup winner Steve Thompson and former Welsh flanker Alix Popham, are suing the unions. There are, however, reports that around 70 former players from around the world, including former All Black Carl Hayman (according to The New Zealand Herald), that will file a lawsuit.

The early onset of dementia has been the most telling consequence of a career in the sport for former players. Thompson, now 42, who played in each of England’s matches at the victorious 2003 World Cup campaign, claims he cannot remember those games.

Meanwhile, 41-year-old Popham, who had a 14-year professional career, claims the biggest tell-tale sign for him that something was wrong came during a bike ride on a route he had taken hundreds of times in the past.

“I got lost on the bike ride and had a blackout moment,” he was quoted by the BBC. Eventually, he had to use an app on his phone to find his way home.

“I haven’t got memories of large chunks of my career,” he added. “During lockdown, they repeated the 2008 game against England, when we won at Twickenham. I have no recollection of being on that pitch. We played in South Africa and I met Nelson Mandela before the game. I’ve got the picture on the wall, but I can’t remember meeting him.”

Popham was diagnosed on April 16 this year. 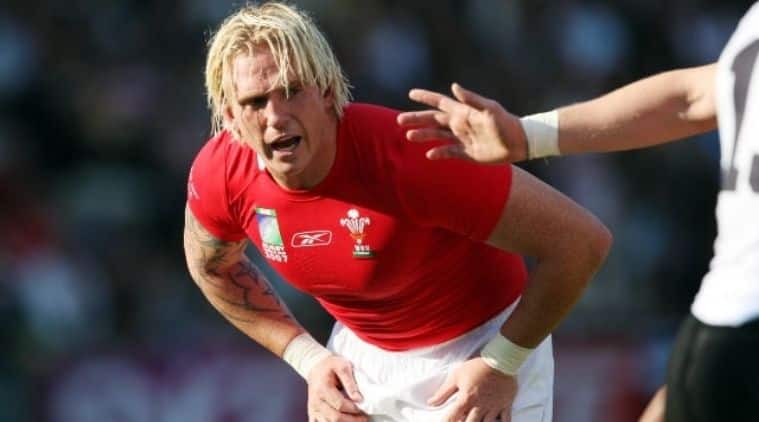 Alix Popham has revealed how his life has been “turned upside down” due to brain damage sustained while playing the game. (Reuters File)

Each of the eight players who have come forward to sue the three governing bodies have been diagnosed with CTE – which was the subject of a Hollywood flick starring Will Smith, Concussion. The condition is a consequence of the brain being “subjected to numerous small blows or rapid movements – sometimes known as sub-concussions,” as reported by the BBC. Memory loss, depression and progressive dementia are a few symptoms of the condition.

Popham recalls being told early in his career that if he enters a tackle without giving it his all, there’s a high chance he’d come out injured. This meant that he’d have to tackle at full capacity three times a week during training in the United Kingdom, and four times a week during his three-year stint at French club Brive.

His doctors estimate that he would have experienced no less than 1,00,000 sub-concussions during his career.

“There was one session when the scrummaging hadn’t gone quite right and they made us do a hundred live scrums. When it comes to it, we were like a bit of meat, really,” he said. “When we first started going full-time in the mid-1990s, training sessions could quickly turn into full contact.”

Measures taken in other sports

Children under 11 are not allowed to head a football during training in England, Scotland and Northern Ireland, and there are also limits set to heading practice in older age groups. In cricket, as was seen in the opening T20 International between Australia and India, a new concussion substitution rule is in place.

Formula 1 has made it mandatory for the protective ‘Halo’ to be installed on each and every car to provide another safety element to prevent head injuries.

Not the first lawsuit

The lawsuit is expected to be filed sometime next week. But it wouldn’t be the first time a set of players have got together to sue a governing body of their sport alleging injury-prevention negligence.

A group of 4,500 former National Football League (NFL) players in the United States, with serious medical conditions due to repeated head injuries, sued the NFL in 2012 and won a settlement of USD 1 billion.

Meanwhile, Richard Boardman, who is representing the rugby players, was quoted by the BBC saying: “(depending) on how many people come forward, the case could be worth tens of millions, maybe even hundreds of millions.

Under-23 World Wrestling: Saajan missed out on bronze, Ravi has a chance to win a medal