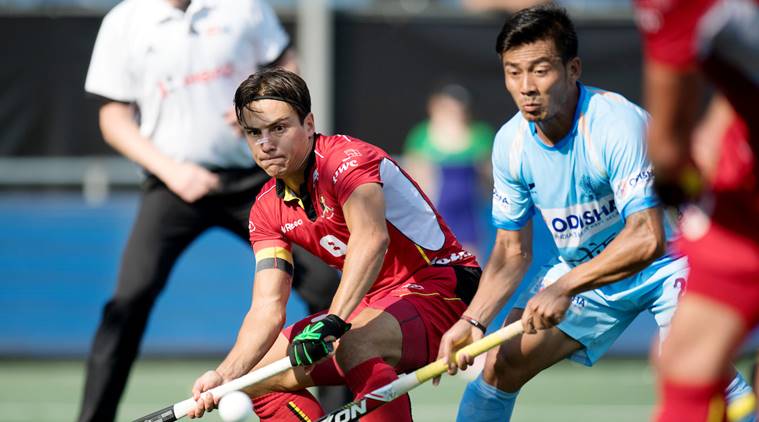 Harendra Singh’s team has been closely guarded from the prying eyes, training in seclusion and playing its first warm-up match, against Olympic champions Argentina, behind closed doors.

Chinglensana is the vice captain for India at the FIH Hockey World Cup 2018. (WORLDSPORTPICS FRANK UIJLENBROEK)
Before we move on to other things, let’s get one thing on record: this isn’t your dream team. India are an average, chaotically-assembled group, led by a coach who has a sword hanging over his head. Amid the frenzied build-up and the drama that’s ensued, it almost feels like, at some level, there’s an acceptance that India’s wait for a World Cup medal will only get longer.

Advertising
The wave of optimism – often backed by irrational hype – which routinely drowns in the face of pressure and a general lack of ability has been replaced by a sense of realism and a bit of intrigue. Harendra Singh’s team has been closely guarded from the prying eyes, training in seclusion and playing its first warm-up match, against Olympic champions Argentina, behind closed doors.

Yet, you can’t blame a hockey tragic for secretly hoping for a miracle; for holding on to the belief that, despite all their limitations, the 18 players in the sky blue India jerseys will dish out eye-popping performances that they are capable of, but seldom do. What is sport, after all, without the sense of hope? That, in the first place, is what got some players this far.

Just a few months ago, Hardik Singh had given up. A promising junior who was repeatedly overlooked for national camps, let alone the team, he was contemplating a move overseas. But his uncle, former India international Jugraj Singh, cajoled him into changing his mind. His versatility was eventually noticed, and the 20-year-old was fast-tracked to the national team.

Like Hardik, Nilakanta Sharma was going through spells of frustration. The midfielder, a part of the 2016 Junior World Cup winning team, was finding the transition to senior hockey intimidating. But he hung in there, overcoming demons in his mind and putting in the hard yards to get the nod ahead of several others in the highly-competitive and important, position of centre-half.

Amit Rohidas, the burly defender, was initially dropped from the list of national campers for the World Cup in the aftermath of the Asian Games debacle. But injuries to key players, and some surprise exclusions, meant Rohidas, a crowd-favourite in Bhubaneswar, is back in the squad. He provides India an additional option in penalty corner scenarios, and ensures the team has two drag-flickers (Harmanpreet Singh and Varun Kumar being the other two) on field at all times.

How well this support cast plays will go a long way in deciding India’s fate in the tournament. The hosts have one of the youngest, and most inexperienced, sides in the tournament. Injuries to SV Sunil and Ramandeep Singh, the unexpected exclusion of drag-flicker Rupinderpal Singh and Sardar Singh’s sudden retirement has left a huge vacuum, which the team management has struggled to fill. In a way, it’s a refreshing change in the selection policy wherein, unlike the past, injured or out-of-form players have been included solely because of their reputation. In bargain, India have sacrificed on the experience bit, which is crucial in tournaments of this magnitude.

The onus, in turn, falls on skipper Manpreet Singh and goalkeeper PR Sreejesh—the two most seasoned players in the squad—to calm down the nerves. The duo is expected to clock maximum playing time among the Indian players, not just because of their experience but also for their ability to control a match.

Sreejesh’s booming, authoritative voice can be heard in noisiest of stadiums, which allows him to ensure the team retains its shape at all times. That gives Manpreet, the link-man between the defence and forward line, the freedom to control the play in midfield. Because of the position he plays in, majority of India’s moves are likely to go through Manpreet, making him the most important player in the outfield.

Under Harendra, India have played an attacking brand of hockey irrespective of the opponent. Most of the attacks are initiated from the wings, with Manpreet feeding balls to wide men, who drill in crosses, hoping for a deflection, or work their way inside the circle, looking for a defender’s foot. It’s not always worked, though. Mandeep Singh and Akashdeep Singh have been among goals in recent tournaments with Lalit Upadhyay chipping in at crucial times. But those have come against lightweight Asian teams. Against organized defences, India have struggled to score from open play.

Defensively, India have improved over the last 12 months. The tackling and man-marking has gotten better, but remain prone to errors, especially when put under pressure. That Sreejesh’s form has been iffy since returning from injury doesn’t help India’s case either.
On their day, when everything clicks, India have the potential to beat any opponent – as they showed at the Champions Trophy earlier this year. But such days are rare. What we often get, instead, is nervy, scrappy performance like the one at the Asian Games. The routine heartbreaks, most recently in Jakarta, is one of the reasons why the expectations have been downplayed and no one is talking about medals. It’ll be nice if it happens. But it’ll also be naïve to believe it will. 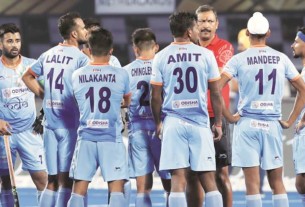 I was not given free hand to select players, says Harendra Singh 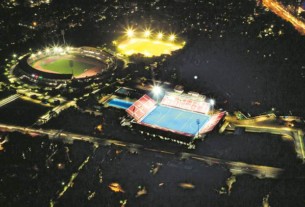