India take on Sri Lanka in Guwahati in 1997. (Screengrab)

Shared News| January 5, 2020 10:55:55 am
After back-to-back T20I series victories against Bangladesh and West Indies, the Men In Blue will look to maintain their dominance when they take on Sri Lanka in the first T20I in Guwahati on Sunday.

The last time the two teams played in the city was back on December 22, 1997. A lot has changed since then with India emerging as one of the powerhouses in the sport. Meanwhile, Sri Lanka have dipped drastically, owing to the corruption in the country’s cricket board.

Considering the current form of the Indian unit, the Men In Blue are likely to start off the series quite comfortably, with world-class players in the likes of Virat Kohli and Jasprit Bumrah in the camp. In comparison with the current Indian team, the visitors look way too modest to challenge the hosts.

However, back in 1997 when the teams played an international match at this venue the scenario was a lot different. Both the camps were filled with promising talents, with Arjuna Ranatunga leading the Sri Lankan unit. India then was led by little master Sachin Tendulkar.

What happened in the match?

After winning the toss, India decided to field first and Debasis Mohanty’s opening spell backed the team’s decision as he rattled past the Sri Lankan top-order. Sanath Jayasuriya, Marvan Atapattu, and Aravinda de Silva, the big names from the Sri Lankan unit were sent back to the pavilion cheaply as the visitors at one stage were staggering at 30/3 at the end of 12 overs. However, a steady show by Roshan Mahanama helped the visitors post a respectable 172/9 on the board in 45 overs.

In response, a splendid 82-run-knock by Tendulkar helped India chase down the target with 31 balls remaining in the contest. Robin Singh was named the man of the match for his five-wicket-haul. 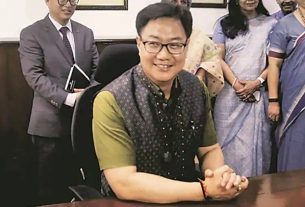