Irfan Pathan’s hat-trick against Pakistan at Karachi in 2006 was one of the highlights of his career.

Of late I somehow knew the day was near when Irfan would say goodbye to cricket. He spoke about it frequently over the past year. Retiring from the game is inevitable. However, today, I felt a little sad.

Irfan has achieved so many things in life. We now stay in such big house, but we still go to our old house to relive the memories. Just a few days ago, we went there once again. Hardship bhi dekha, fame bhi dekha (we experienced hardship as well as fame).

Irfan always wanted to be a fast bowler. He was a big Wasim Akram fan and wanted to have an action similar to his. There used to be a poster of Akram in our house. I must say swing came naturally to Irfan.

I feel that he could have done better but there were times when his body was not responding the way he hoped it would. That said his feats on the cricket field have been impressive, be it the hat-trick (versus Pakistan, Karachi 2006) or any of his other milestones.

People say that he should have played more for India. I feel whatever we have got, we are happy with it. We all are proud.

That said I don’t think Irfan regrets about what he could not achieve. 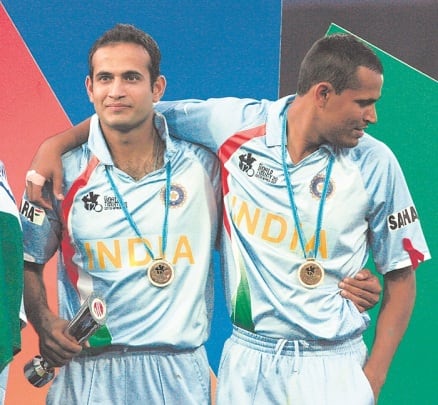 Brothers in arms: Both Yusuf and Irfan featured in the ICC World T20. While Yusuf played only in the final, Irfan was a consistent performer with the ball. (Source: Express File)

What is amazing to see is the way people still love him though he last played for India some seven to eight years ago. People still tell me. Irfan bhai ko bolo aur cricket khele (Ask Irfan to continue playing cricket). The other day I met a fan who came and said I copied Irfan’s action and want to be able to swing the ball like him.

One thing we both remember is that there were many talented players who used to play with us when we were budding cricketers. They used to work as hard as us and some of them were more talented than us. But we were able to play for India because we peaked at the right time. He gave his best when it counted the most.

People start their career at 27-28, mine ended at that age: Irfan Pathan

Irfan suffered many injury setbacks but he handled those difficult phases in his career well. More often that not he made a successful return from an injury lay-off.

There were times when coaches adviced him to change his action. They probably did it for his betterment. I don’t think he lost the ability to swing the ball. He still swings the new ball. Today who swings with ball after the first five overs? 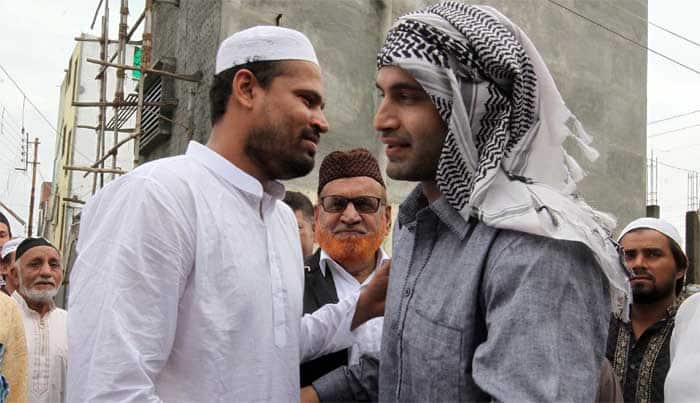 Cricketers Yusuf and Irfan Pathan greet each other on Eid-ul-Fitr in Vadodara. (Source: Express Photo by Bhupendra Rana)

The good thing about Irfan is that even if he feeling low, he never showed it to anyone at home. He left his cricket outside the gate of the house literally. When at home he would try and make everyone laugh. Even when he was troubled, he managed to laugh and smile. The one quality which I always wanted to have was his ability to smile.

Going back to our early days, I remember that we used to fight. As I was the older brother, I cheated a lot. Of course because we played a lot of cricket we often got a scolding at home and also got beatings. But it toughened us up. I must say that it is because of him that I too became well-known and made a name for myself. When I played domestic cricket, people knew that I was Irfan’s brother.

Even in my mohallah people sometimes refer to me as Irfan’s brother. I always feel proud to be known as his brother. In a way we put Baroda on the cricketing map again. Now people connect Baroda with Irfan Pathan.

(Yusuf Pathan is Irfan’s older brother and a former India cricketer. He spoke to Devendra Pandey)