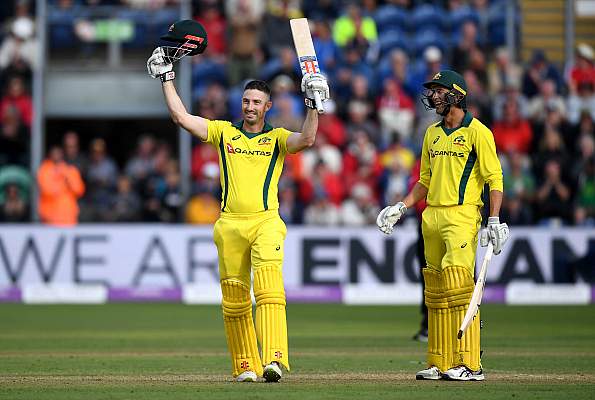 Coming in after 3.4 overs at number three, Marsh was not removed from the crease until the 46th over. © Getty
Shaun Marsh is the man for a crisis. When he was recalled to Australia’s Test side for the opening match of the winter’s Ashes series, the decision was widely ridiculed. It was Marsh’s eighth chance at Test level after failing to convince previously and there were others who had scored more Sheffield Shield runs in the build-up. But Australia’s management wanted a wise head for the heat of an Ashes battle and Marsh responded with two hundreds in the series, playing a key part in Australia’s victory.
As has been the case during his Test career, Marsh has also been in and out of Australia’s ODI side. He last played for his country in the 50-over format nearly 18 months ago and he has only played 19 matches since August 2011. But with Steve Smith and David Warner banned, Australia’s selectors turned to Marsh to add some solidity to an inexperienced line-up.

His hundred on Saturday (June 16), was the sort of contribution they wanted from their senior pro. He had been recalled to show the new kids on the block how it’s done and he did that expertly in Cardiff. He almost single-handedly got Australia up in pursuit of England’s 342 for 8 and had one of the other top order managed a score of substance, the tourists may well have won. In the end, nobody could and there was just too much for Marsh to do alone.
Not that that stopped him trying. Coming in after 3.4 overs at number three, Marsh was not removed from the crease until the 46th over by which time he had 131 runs to his name from just 116 balls. He was dropped twice – both extremely tough chances – but looked in control throughout as he tried to shepherd Australia to their target. A pulled six off Mark Wood shortly after he had reached his hundred was the shot of the day.

When Marsh is at his best, there is an effortless timing to his batting. He just seems to flick the ball and it races away. There was power and aggression late in his innings but elsewhere there were flashes of class. He cut David Willey early for four and later danced down the wicket and flicked Moeen Ali through midwicket. The shot to reach his hundred – a clip off his pads from Liam Plunkett – was a lovely piece of timing, too.
It’s a bit of a surprise that Marsh hasn’t played more in Australian yellow of late. In those last 19 matches, he averages over 45 and has two hundreds in that time compared to an average of 36 and two hundreds from his first 36 matches. His career average is now just a tick under 40. Given Australia’s batting woes since the last World Cup, it’s strange they have not played him more.

The question for Australia’s selectors to answer is what happens to Marsh and the rest of the Australians on this trip when Smith and Warner, who commentated on the match for Channel 9 from their Sydney studios, return. Both would be in Australia’s first choice XI but is it fair for them to come straight back in? That is a dilemma for another time but new captain Tim Paine said of Marsh’s heroics: “If he keeps playing like that, he’ll play a lot more.”
Not that Marsh was revelling in his feat. “I guess it’s bittersweet,” he said.”It’s nice to get a few runs but, yeah, I was obviously disappointed with the result. We couldn’t quite finish it off at the end there. It’s obviously a disappointment for us. We felt like we were in the game right until the end but unfortunately we just weren’t good enough today. We’ll have to be better in a few days’ time.”
Two-nil down with three matches to play, where Australia go from here is tough to say. A whitewash is on and England could have Ben Stokes and Chris Woakes available soon with an injury update expected on both players early next week. Marsh reckons the tourists will stick with the batting line-up they used today with Darcy Short opening and Aaron Finch in the middle order but he knows they must collectively do better if they are not to lose the series at Trent Bridge on Tuesday. 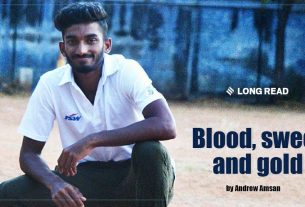 Long Read: A village of churches, halwa and the next big hope in Indian athletics, long jumper Jeswin Aldrin 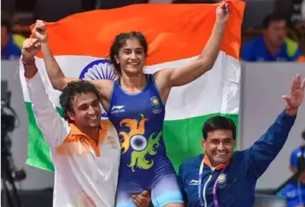 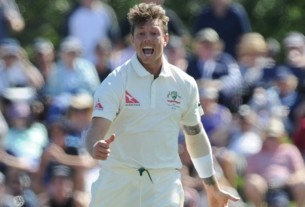