The famous bat-swing, the emphatic front-foot thrust, the arms flowing into the lofted off-drive and the final flourish that finished in a near-perfect arc. Frozen in this frame is the quintessence Yuvraj Singh.

Shared News| Updated: June 11, 2019 4:26:46 am
Yuvraj with his wife Hazel Keech and mother Shabnam at the press conference to announce his retirement from international cricket. (Express photo by Pradip Das)

Yuvraj Singh’s final stroke in competitive cricket didn’t clear the boundary rope. Playing for Mumbai Indians in this year’s IPL, he was caught on the fence by Chennai Super King’s Ambati Rayudu. However, the stroke did have the Yuvraj signature all over it. The famous bat-swing, the emphatic front-foot thrust, the arms flowing into the lofted off-drive and the final flourish that finished in a near-perfect arc. Frozen in this frame is the quintessence Yuvraj Singh.

Thus, Yuvraj’s game has always been about memories. You needn’t hit the Youtube reels, Yuvraj-moments just leap out of the memory, be it the majestic on-the-rise cover drive off Jason Gillespie in his launch-game, or the pick-up flick of Glenn McGrath, the great bowler’s eyebrow cocked in disbelief.

Or the first six of Stuart Broad’s all-six over, the one that sailed over the green-roofed Kingsmead stands, the longest of them all. Or the follow-up, a dismissive flip off his legs. 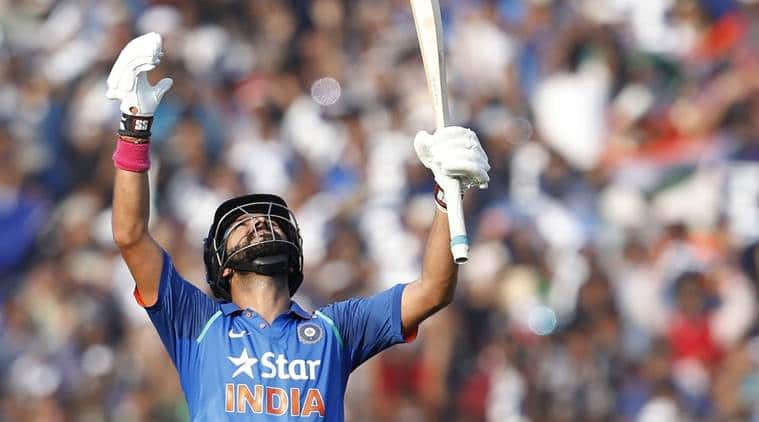 Or the Natwest heist or the countless resurrection/finishing acts he synchronised with MS Dhoni in the mid-aughts. Lost in the glimmer of cricketing memories are the runs he’d scored or the wickets he has taken. Not that he was a slouch with the bat whose numbers needed some glossing over — he racked up 11,278 runs, besides 148 wickets across formats in international cricket. Glorious though the numbers might be, not even his staunchest fan would spit out the numbers in their sleep. As they do Sachin Tendulkar or Virat Kohli’s.

It captures the essence of the man too—not much of a stat-nerd, but one with a devilish streak to vanquish his adversaries and conquer the world. He was a multi-layered paradox — self-conscious but not self-absorbed, a showman but not a showpony, moody but not petulant.

In his demeanour, he was the most atypical Indian cricketer of his times. An iconoclast, he was closer in spirit to the most atypical English contemporary of his, Kevin Pietersen. One of them who detected a facsimile trait was English commentator David Lloyd, when he said: “The reason they are always on the verge of blows is that they’re intrinsically the same, have the same fiery streak burning in them. They need that fire to burn to produce great feats.” That perhaps explains their penchant for the big stage. Rather than shirking under pressure, they revelled in it. Pietersen, better pedigreed than Yuvraj, took this to the Test level, destroying some of the finest bowlers of all time. Yuvraj, then, preserved his best for the limited-overs World Cups. While the 2011 feats are grandly-storied, it’s often forgotten that he was one of the architects of the 2007 T20 World Cup triumph. His 30-ball 70 against Australia is arguably his most devastating knock in T20Is, not far behind of course was his 16-ball 58 against England. Mind-bogglingly, his 148 runs in six innings came at a strike rate of 195, thus charting a T20 template when there were none, when T20 cricket was considered a see-ball-hit-ball lottery. 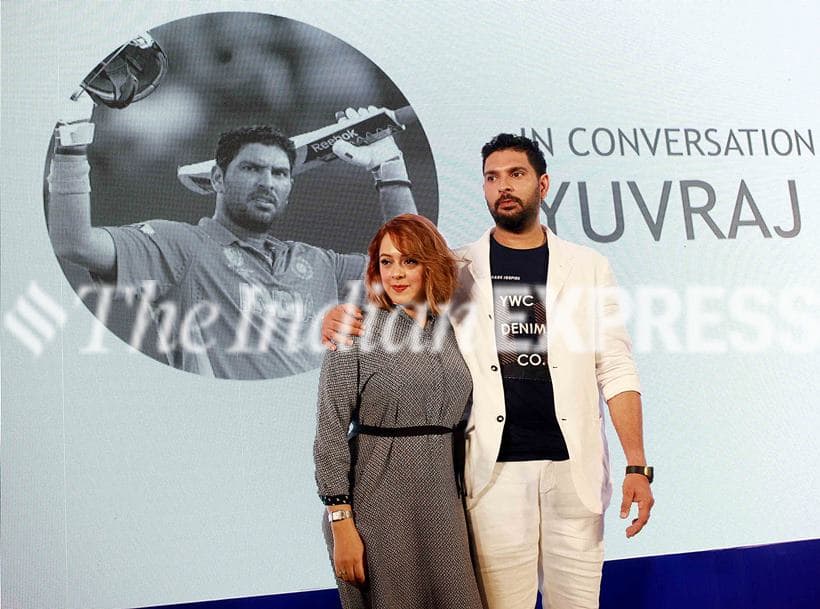 Yuvraj Singh holds the record of the fastest fifty with Chris Gayle, in 12 balls. (Express Photo By Pradip Das)

At his fired-up best, there were few devastating (or cleaner) strikers of a cricket ball. And he did so without resorting to anything banal. Not for him the banal heaves or the gimmicky scoops—in his bid to remain relevant he did try this with mixed fortune towards the back-end of his career. His strokes were more classical in rendition. He extended the range and scope of his orthodox shots with subtle adjustments.

Sample his airy flicks. While most would lean onto the flicks, he would swivel his lower body to lift the ball over the infield. He used his wrists to achieve elevation on the off-side and to keep the ball down when pulling. He had heavy hands but supple wrists. Those heavy hands were largely blamed for his underwhelming returns in Tests. How his Test graph plummeted after a grand debut— a hundred on a dicey Faisalabad track —is as unfathomable as it’s lamentable. Yuvraj carped on it during his retirement press conference, saying he wished he’d averaged 40 in the format. But as with Yuvraj, it’s seldom about the numbers. It’s always about the strokes, which he reminded even with his final shot in competitive cricket. Doomed at it might have been, the memories just leapt out.

Tears for father, thigh-slap for the singer Sidhu Moosewala