‘Vitamin D is an essential vitamin that has myriad positive effects on several systems in the body. Unlike other vitamins, it functions like a hormone and every cell in your body has a receptor for it,’ says Dr Manish Sontakke

The pandemic-induced lockdown has confined people to their houses for five months now. The resultant lack of sunlight, followed by rains, has brought down the vitamin D levels to the lowest. As a result, it has been found that a significant chunk of the population has been suffering from vitamin D deficiency. This National Nutrition Week, Dr Manish Sontakke, Consultant Joint Replacement Surgeon, Hiranandani Hospital, Vashi-A Fortis Network Hospital, has suggested some ways to deal with it. Read on.

“Vitamin D is an essential vitamin that has myriad positive effects on several systems in the body. Unlike other vitamins, it functions like a hormone and every cell in your body has a receptor for it. Vitamin D is sparsely found in certain fatty fish and fortified dairy products, and it is extremely difficult to get the Recommended Daily Intake (RDI) of 600-800 IU from diet alone,” says Dr Sontakke.

Common signs and symptoms of the deficiency

– Getting sick or infected often with common cold and flu, because of a weak immune system.
– Fatigue and tiredness
– Bone and muscle pains
– Depression
– Impaired wound healing
– Bone loss and osteoporosis

Who should have serum vitamin D assessed?

“Vitamin D deficiency is incredibly common and most people are unaware of it, as the symptoms are subtle and nonspecific. Sunlight is the best natural source of vitamin D. Usually 20 to 30 minutes of sun exposure between 10 am and 3 pm, without sunscreen, is adequate to meet daily requirements, in places with minimum pollution levels,” he says.

There are two main forms of vitamin D in diet:

As per current guidelines, consuming 400-800IU of vitamin D should meet the needs of 97-98 per cent of all healthy people. In case of deficiency, however, based on current research, it seems that consuming 1000-4000 IU of vitamin D on a daily basis should be ideal for most people to reach healthy levels, the doctor recommends.

“People with deficiency have blood levels of less than 30ng/ml. Values of less than 12 ng/ml are considered as severe vitamin D deficiency. Vitamin D preparations are easily available as powders, capsules, chewable tablets and syrups for children. Each dose has 60000 IU, so considering as roughly 10000 IU per day, these preparations can be taken once a week for 8 to 12 weeks in a year. This dose is safe, without any side effects in all adults and children above 10 years of age. Before starting on the supplementation, it is important to consult with your local doctor.

“Many authority-initiated campaigns have helped introduce vitamin D fortified flours, juices and dairy products to tackle the problem in the general population. The importance of educating patients, checking compliance and monitoring levels every 6 months during treatment of deficiency and maintenance, phases cannot be overstressed,” Dr Sontakke concludes. 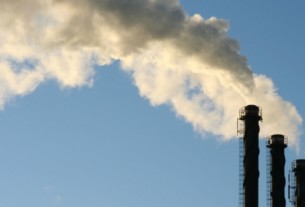