Shared News| February 13, 2020 6:45:44 pm
Prithvi Shaw got decent starts in the recently concluded three-ODI series against New Zealand but could not convert them into big scores (File Photo)

It’s a classic coming-of-age story. Two promising youngsters, contemporaries and friends, donning similar roles, pitted against each other like and typecast as rivals. No matter how hard they try, the shadows would keep chasing and overlapping deep into their careers.

Among contemporary young cricketers, Shubman Gill and Prithvi Shaw would be fully accustomed to this bracketing. Born just 62 days apart, labelled as future of Indian batting when they were barely in their teens, U-19 World Cup heroes in 2018, Gill and Shaw couldn’t help themselves being seen as rivals. Everything Shaw does get compared with Gill, and vice versa.

Gill understands this and clarifies: “Obviously, our careers started at the same time but there is no fight as such. Both of us have done well in our positions. It’s up to the team management, who they will play. It’s not as if there is a fight.” Shaw too has emphasised the absence of rivalries amongst them. Then, it’s the fait accompli of contemporaries.

That both possess different batting styles and personalities feed the narrative arc more flourish. Shaw’s batting is all flamboyance and derring-do. Gill is more watchful and orthodox. Shaw is chatty and outgoing. Gill is withdrawn and reserved. Shaw is an aggressor, Gill a stylist. One brings swagger; the other stability. They belong to different schools of batting. Shaw hardwired by his tough upbringing in Mumbai; Gill the privileged boy who had his father’s farm hands to bowl bouncers at him.

Their career paths have taken different trajectories too. Shaw made his Test debut six months after the U-19 World Cup triumph, celebrated the occasion with a hundred. Gill waited for six more months for his international recognition, an ODI against New Zealand. A month before that Shaw picked up an injury in the tour of Australia. Shortly, he was banned for a doping violation.In this time, Gill became an India regular and kept piling on runs and reputation. Shaw, then made a roaring return to the domestic cricket. If Gill’s life had been steady since the World Cup, Shaw’s has been a blend of the spectacular and turbulent. 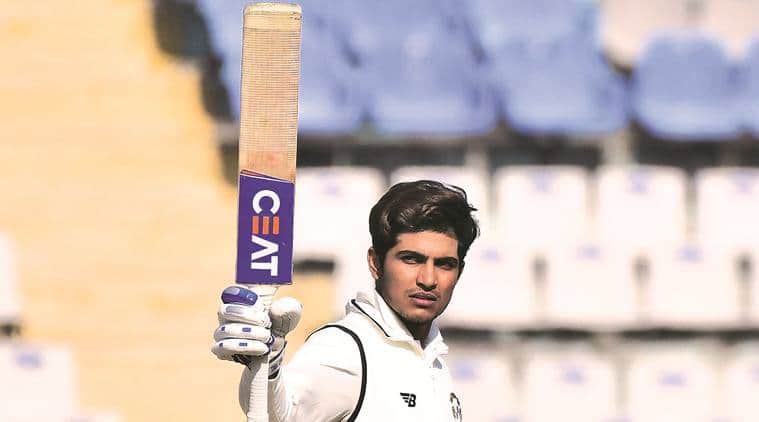 Shubman Gill had scores of 83 and 204 not out batting in middle-order in the first ‘A’ Test. (Source: File Photo)

Arguments can be leveraged for both. Gill has been in New Zealand for more than a month, and hence more accustomed to the conditions. He has been staggeringly successful too—stroking a hundred in Lincoln last week after gobbling up a breezy double hundred in Christchurch against the New Zealand A side. The crew of bowlers he faced might not induce terror in batsmen, nonetheless, his acquaintance with the conditions could push his case. Little things he might have learnt could prove beneficial.

Like not to play the pull shots when there is wind, as he explained in an interaction. “Keeping the wind factor in mind, it was not that easy to consistently pull and hook the ball. It’s one thing I learned during the trip here,” he said.

Moreover, he showed his adaptability to different roles too. In Christchurch, where he scored the double hundred, he came at No 4. In Lincoln, his hundred arrived as an opener. As he had shown throughout his career, he’s flexible and comfortable with roles. He understands the peculiar demands too. “When you are opening, obviously you have to face the new ball and facing the new ball wherever is a challenge, you have to set the game for the whole team, you have to set the base for the other batsmen coming in so that it will be easy for them. That’s the difference between the two positions.”

SHAW CAN SEIZE THE MOMENTUM 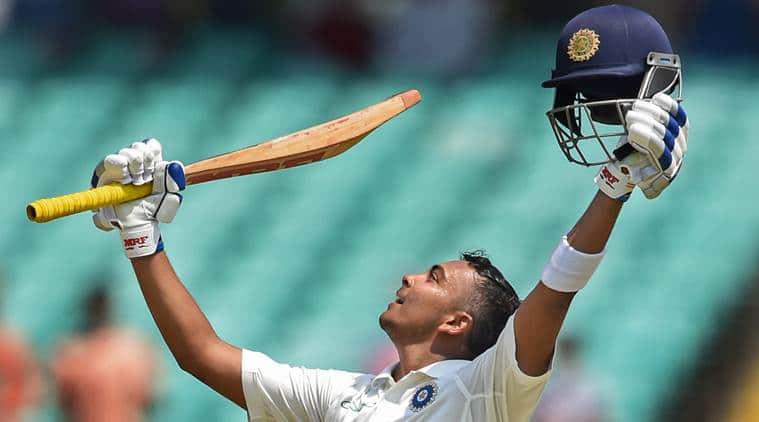 But Shaw brings different virtues to the table. He can get teams off to supersonic starts, seize the momentum and push bowlers onto the back-foot straightaway. If he stays for at least one session, he would leave the bowlers wracked. On his Test debut, he almost racked up a hundred in one session and has the smarts to negotiate difficult periods. But the swing and seam of New Zealand pitches would interrogate his technique, especially his tendency to slash and swipe outside the off-stump without moving his feet. There is a certain amount of risk in his batting, but Gill isn’t foolproof either.

Moreover, Gill is not as experienced as Shaw in dealing with high-class bowlers. And as promising as Gill is, would the team management have the confidence of throwing him into the deep end in the first Test of a series in conditions that have historically aided swing bowlers? Gill’s chances could have been brighter if the vacant slot was in the middle order.

Shaw’s backers would argue that he got into the Test team first and hence deserves the priority. Gill’s supporters would contend that he was the third opener in the last two-Test series, and hence more deserving of an opportunity.

Their fielding skills too could be a determining factor. Shaw could be sloppy and casual at times, evidenced in his lethargic running between the wickets that cost him in Mount Maunganui. Gill, on the other hand, is superbly fit and throws his body around in the field.

The choice, thus, could eventually boil down to a lot of factors like the conditions in Wellington and the runs they score in the warm-up game in Hamilton. In that sense, the warm-up match, which’s a non-first-class fixture, assumes considerable significance, with the potential to add a chapter in their coming-of-age narrative. But it wouldn’t keep chasing shadows of comparison. A hyphen that would remain unhyphenated for years to come.

Afghanistan set for ‘Test’ run in and against India