Australian team met Australian High Commissioner in India, Harinder Sidhu, and presented her with a shirt bearing her name and number 19 on the back.

Australian cricket team members were treated to a dinner hosted by the Australian High Commission in India on Monday evening (March 11) in New Delhi. The cricket squad are in Delhi for the fifth and final ODI of the series against India. The series is locked at 2-2 with Australia clawing back from 2-0 down at one stage. The fifth ODI will be played at the Feroz Shah Kotla Stadium on Wednesday (March 13).

The team met Australian High Commissioner in India Harinder Sidhu and presented her with a shirt bearing her name and number 19 on the back. They also met former India spinner Bishan Singh Bedi. In separate Instagram posts, Aussie skipper Aaron Finch wrote, “It was an absolute honor and privilege to meet Indian legend Bishan Singh Bedi last night at the @aushcindia in Delhi! #AustraliaFest” and “Thank you High Commissioner Harinder Sidhu for hosting us in Delhi last night! #AustraliaFest @aushcindia.” 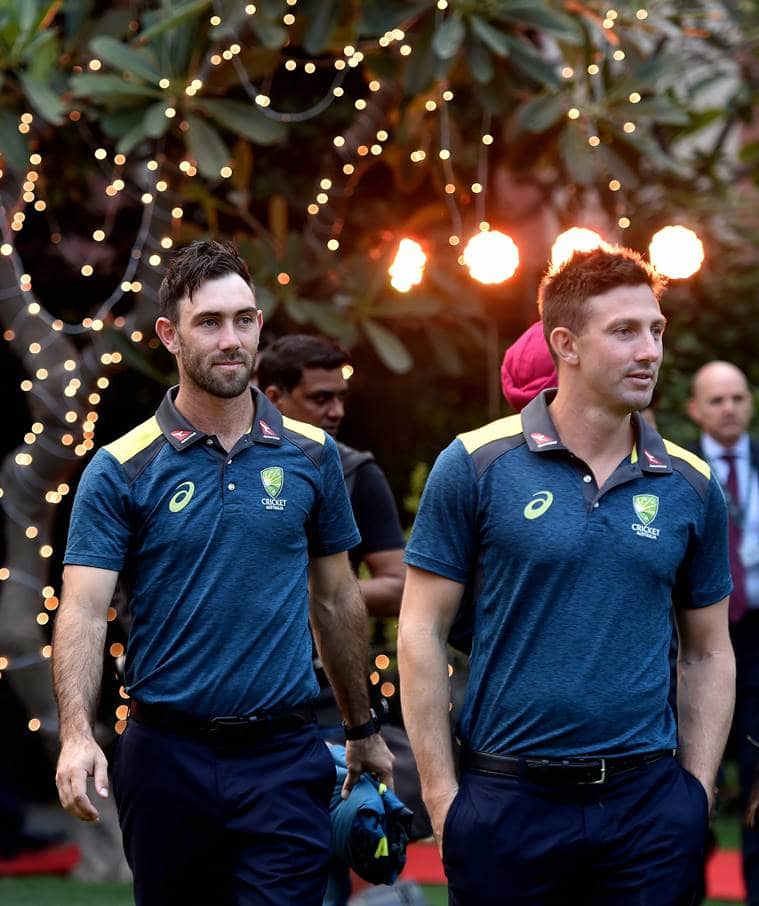 At the reception, Bedi said, “I am nobody to comment but we all are wondering that why [MS] Dhoni is being rested and his absence was felt yesterday (during the fourth ODI), behind the stumps, with the bat and on field also. He is almost half a captain,” Bedi was quoted as saying by PTI.

“Dhoni is not getting any younger, he is no spring chicken either but the team needs him. He has a calming influence on the side. The captain [Virat Kohli] needs him by his side, he is visibly rough without him. It is not a good sign,” said the 72-year-old spin great.

Bedi, who took 266 wickets in 67 Tests, was referring to India losing the fourth ODI from possibly a winning position having scored 358 runs. Their quest to seal the series, however, was rudely thwarted by Turner who scored 84 runs from 43 balls.

Trying to take toss out of equation: Virat Kohli on team mantra ahead of T20I World Cup