Shared News: October 4, 2020 8:39:07 am
On a day when batsmen like Virat Kohli, Devdutt Paddikal, Shreyas Iyer, and Eoin Morgan made their mark, three bowlers stole some of the limelight too — Navdeep Saini, Tom Curran, and Anrich Nortje.

On a day when Virat Kohli, Devdutt Paddikal, Shreyas Iyer, Nitish Rana, Eoin Morgan, and Prithvi Shaw made bowlers look like interchangeable punching bags for bludgeoning batsmen, one rare bowler was spotted smiling, brandishing his speed. Anrich Nortje has watched two springs slip away to injury last two seasons, right after he has steamed in at high speed. In 2018, after blitzing out batsmen in the South Africa’s Mzansi Super League, his body broke down needing surgery, and in 2019 he missed the World Cup soon after being picked for the England-bound biggie on the back of a nicely strung together bowling juggernaut. Considered the pace heir to Alan Donald and Dale Steyn, Nortje had the cushioning of a huge target when he tried a sharp shooting bouncer against Sunil Narine that flew to the boundary. Nortje though pinned him for a longish fast bowler’s glare a second too long, a moment too menacing. Next up came the tracer bullet scorcher as Narine committed the front leg and went for a slog, losing his leg stump, making one bowler cacklingly happy. His wicket celebration after sending back danger-man Eoin Morgan was measured merriment of pumped fists and a pummelling pugilists’s power punch.

In a team brimming with high emotion, led by a hyper-charged captain, Navdeep Saini is an anamoly. The Royal Challengers Bangalore fast bowler removed the dangerous-looking Jos Buttler first ball of the match, Devdutt Padikkal taking a fine low catch at first slip. The fielder was ecstatic. Kohli came charging in from outfield, his mouth agape. Saini’s celebration: a raised arm, half a grunt and an almost sheepish fist bump with his skipper. The only time Saini seemingly let his emotions get the better of him, was after a goalkeeper-like stop from AB de Villiers to a thick outside edge from Rahul Tewatia. His clapping had an elongated streak. In his next over, after folding up Tewatia with a beamer, Saini offered a straight-faced apology, even as the rest of the team huddled around the doubled up battered batter.

Devdutt Paddikal was cramping and earlier Steve Smith acknowledged struggling to “get oxygen back” after running a double since it was searing hot in IPL’s first afternoon game under a punishing sun. But no one seemed to feel the heat more than Tom Curran – whose misery was bookended by Virat Kohli on one side and AB de Villiers at the other end, conceding 40 in 3.1 overs. It started with a howling misfield from Mahipal Lomror who allowed a ball hit straight at him to waddle away between his feet to the ropes, sending Curran flapping his hands in annoyance. Kohli’s shot-making would continue to taunt Curran, a punched drive from Kohli grazing his ankles, sending him gasping for air in irritation as the empty stadium closed in on him. When Kohli savaged him to the third man boundary, the heat seemed to be melting his resolve further and by the time AB wrapped it up for RCB, Curran had doubled down huffing, puffing, sweating and utterly spent with that futile effort. 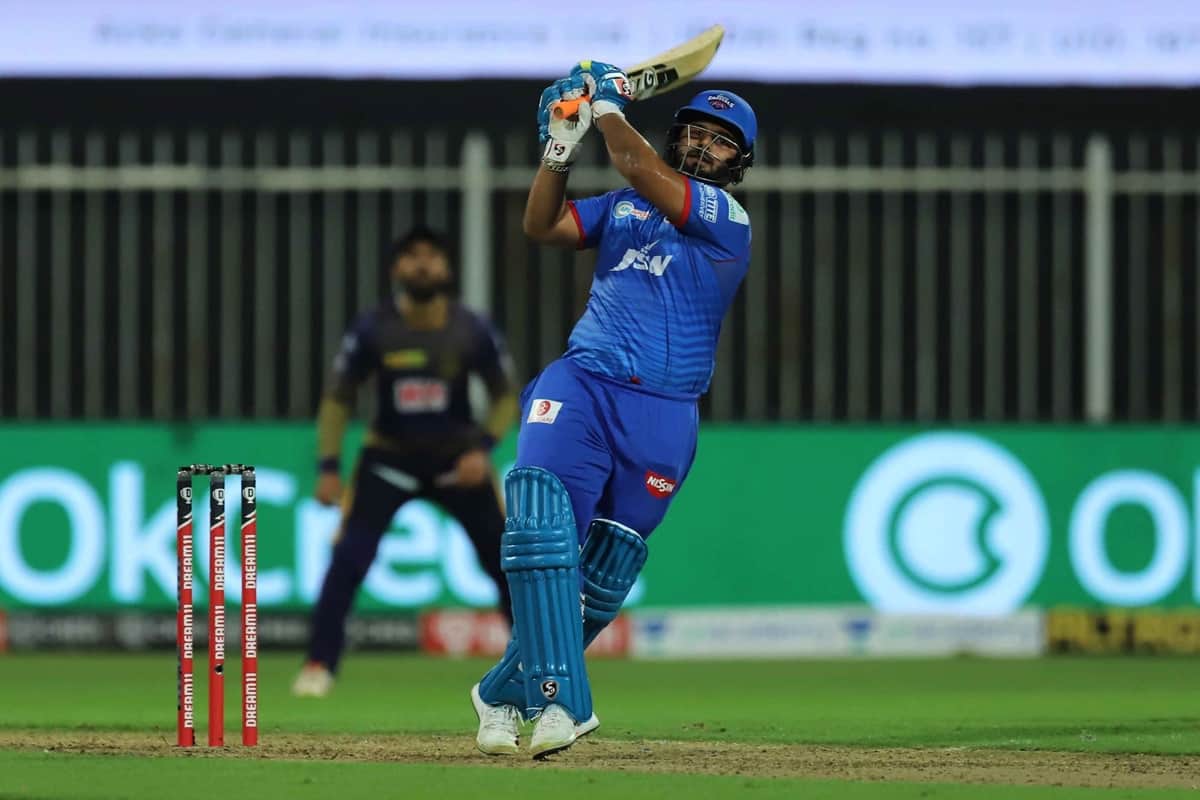 Monster hit after monster hit… Rishabh Pant wasn’t just in the zone – he was the CEO of the zone. An 89-metre hit that slammed into the roof of the stadium followed by a couple of shots that crawled over the boundary in the 17th over – the Capitals were cruising and Pant was driving. But then Andre Russell, who up until that point was the latest in the long line of bowlers being taken to the cleaners by the Capitals, finally snagged the wicketkeeper’s wicket in the fifth bowl of the over. There is an irony to Pant getting dismissed off of an attempted helicopter shot, considering its best wielder is who Pant was supposed to take over from. The shot never got the elevation or power it needed and safely fell into the hands of Shivam Mavi. All Pant could do was hurl a choice few words at the pitch and curse himself for leaving a job unfinished, as he completed a rather short Sharjah walk to the pavilion.

Star’s Hindi commentators spent a fair amount of time as KKR began an unsuccessful pursuit of a stiff target reminiscing about times that were distinctly lacking in staples of the modern-day Indian IPL cricketer: style. One commenting trio scrunched up all that their generation had missed into three 2020 T20 essentials – “Dole, tattoo, daadhi… Hum teenon ke paas inme se kuch bhi nai hai,” Aakash Chopra would say in a belated rueing of the fear-of-missing-out feeling. Muscled biceps, tattoos, groomed beards — making the current landscape with manicured beards seem unrecognisable for the present lot. Sunil Gavaskar would have the final word noting that perhaps the most significant aspect the pre-IPL generation missed out on, wasn’t merely the body art and ripped muscles but the heady entertainment that cricket in IPL throws up.

Ackermann 151* pushes Leicestershire to a position of strength