You got to make Rohit Sharma move at the crease. Drag him forward. Upset his balance. Make him do something different. We know he has embraced minimalism and as much as possible, doesn’t let that front leg wander too much.

Pakistan tried. For three balls with the new ball. Hasan Ali’s first two deliveries at Sharma were full in length and induced couple of mistakes – he almost squirted the first back to the bowler and struck at crease, surprised by the nip-backer, he inside-edged the second one. Off his first 20 balls, 16 were from Ali.

Sharma just waited for the ball to come and did his thing. He went to score 140 from 113 balls; his restrained inning seeing India jog to 336/5. Pakistan was never in the game. After a rain-break, Pakistan’s target was revised, they were asked to score 302 in 40 overs. That was way beyond their reach, they finished at 212/6, losing the game by 89 runs. India, meanwhile, extended their unbeaten run against Pakistan in the World Cups to seven games.

Back to Sharma innings that dictated the path the game took. Perhaps, the moment that forced Pakistan’s hands about retreating to back of length was a Ali delivery in his second over. It was a bit too full and Sharma sort of waved his hands towards it: not a drive, to even call it a firm push wasn’t fair. 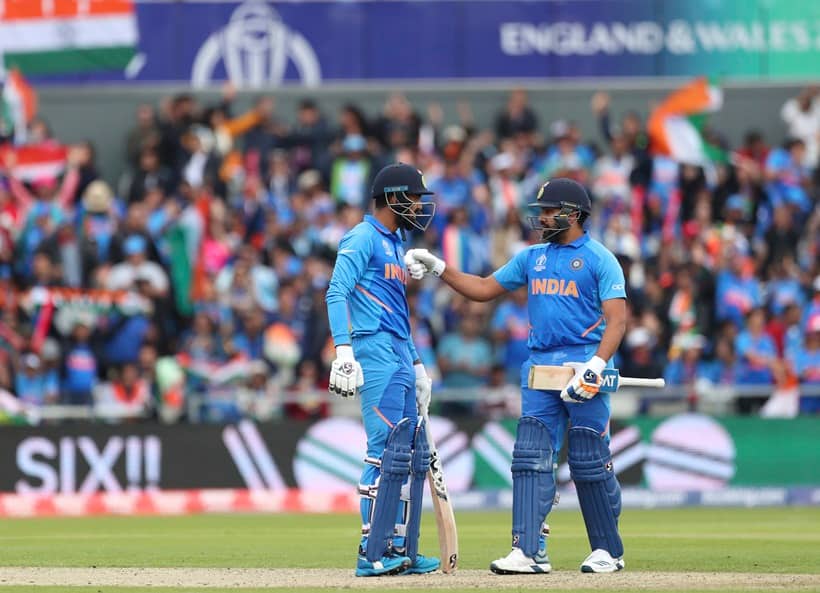 Starting the innings in absence of regular opener Shikhar Dhawan, KL Rahul played the perfect second fiddle and added 134 runs along with Rohit Sharma for the first wicket. (AP Photo)

There was no forceful intent whatsoever. A hand-wave, that was it, really. And the ball plummeted to the left of mid-on. Pakistan gave up trying. They drew their lengths back, to what comes more naturally to them, and bled runs all afternoon. The skies changed colour – from dark to light, sun played peek-a-boo – and the only constant was Sharma’s wizardry.

We know he is a much-matured man. Ever since his IPL captaincy days, Sharma has calmed down a lot. Responsibility throws up varied reactions in people: it has helped him. We know he likes to play a waiting game at the start.

But still, this was a World Cup game. Against Pakistan. In England, where they had a bruising loss last time they met. The cloud cover was there, perhaps some dampness too due to rain and pitch covers — if he was worried, he didn’t show it all. He reached his 50 from 35 balls but it wasn’t a turbo-charged start. As in, it wasn’t a counter-attacking, aggressive start. Rather, he continued doing what he does, playing the merits, curtailing the leg-side play after one flick went aerially wide of the square-leg fielder – but with a combo of poor bowling and his intent, he just kept going on and on.

Did he intend to hit Shadab in the first over? Any pre-determination, if it was there, wasn’t apparent in the huge six and the four. One was a rank long hop, Shadab’s nerves jangling, and other was full and wide. Sharma wouldn’t be Sharma if he hadn’t put those two away.

But he doesn’t let it all affect him. He just flows on. It’s the opposition that usually cracks, unable to find a way through. If the length or the line demanded, he flexed his upper body — stretched it, leaned forward, arched back, reached across, and bent his knees to do the needful. Rest, his still head and the flowing hands did the magic.

No panic, no problem

Pre-game, here is a list from a pessimist’s notebook: ‘Sharma would struggle against Mohammad Amir.

Remember those inswingers and lbw. In IPL, he had problems with legspin; Pakistan have Shadab Khan. He likes his pull but Wahab Riaz would make him fetch from outside off and induce a mistake.’

Nope, nothing like that happened. He just had to face four deliveries from Amir in the first spell – all four of them short of length and not bending back in. 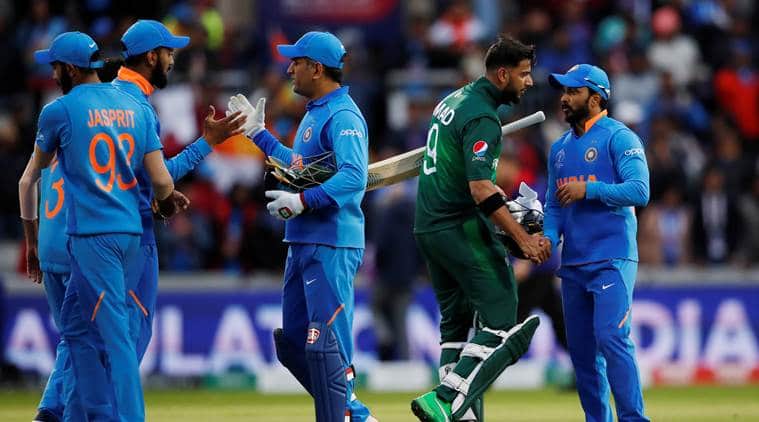 By the time Shadab settled down, Sharma was well on his way. By the end, instead of slanting the short ones across him, Pakistan actually fed him with short and well outside off. And he kept scything them to point boundary.

The thing with Sharma, though, is that these days he makes most of his knocks look that way.

Here is a list of things he doesn’t do: doesn’t flick, no big forward stride. If you bowl on the middle and sometimes even middle-and-leg line, full on a length, he pushes it towards mid-on. Other Indians would have wristed them through midwicket or square-leg. He doesn’t. Which in theory, if the bowling unit gets it right, should make it difficult for him to rotate strike with the new ball. Nothing remotely like that happened, of course.

What was Pakistan’s plan this game? Send a postcard if you know. Because they hid it well. The bowling was far too short and too often, wide. The unlikeliest bowler, the left-arm spinner Imad Wasim, came up with the best performance of the day.

At one stage, Sarfaraz Ahmad gave up and returned to the 90s or so it seemed when he had Shoaib Malik and Mohammad Hafeez bowl in tandem. Both lasted just one over apiece. They took a high-risk 90s route in the chase too, especially after Bhuvneshwar Kumar limped early in the piece. They thought they could go cautious against the mainline bowlers and try to take on Vijay Shankar, Pandya and try to force India’s hands into getting Jadhav. It didn’t come off, though. In the ‘92 game against India, Imran Khan and Javed Miandad had batted slow but Imran fell, and Pakistan collapsed.

Who knows, this could well be the last sighting of Shoaib Malik, the man who debuted in late 90’s and slowly reduced to a withering shadow these days. He hung his bat out at a Hardik Pandya delivery that cut back in, collided with the inside edge and fell on the stumps.

Malik stood there, head down, and stared. 8,0,0 – his runs so far. It won’t be a surprise if he is benched after this. The good news for Pakistan is that it still 1992 in some ways. One win, one washed out, three losses – in five games. As they were after five games in ’92. No Imran & Co. now, though.