In the 47 innings that he played across formats in 2018, Kohli scored 2,735 runs at an average of 68.37. (File Photo)
Indian captain Virat Kohli dominated the ICC Awards that were declared on Tuesday. He was elected Men’s Test Cricketer of the Year, Men’s ODI Cricketer of the Year and also won the Sir Garfield Sobers Trophy for ICC Men’s Cricketer of the Year. In addition to these, he was also named captain of the ICC Test and ODI teams of the year for 2018.

In the 47 innings that he played across formats in 2018, Kohli scored 2,735 runs at an average of 68.37. He also had 11 centuries and nine fifties to his name in the year and was the highest run scorer in India’s tours of South Africa and England.

Rishabh Pant has been named the Emerging Player of the Year by the ICC for 2018. Pant made his international debut in August 2018 during the third Test between India and England. He famously hit a six off the very first ball he faced in the match. He went on to score 162 runs in the series and this included a maiden Test century during the final Indian innings in the fifth Test. 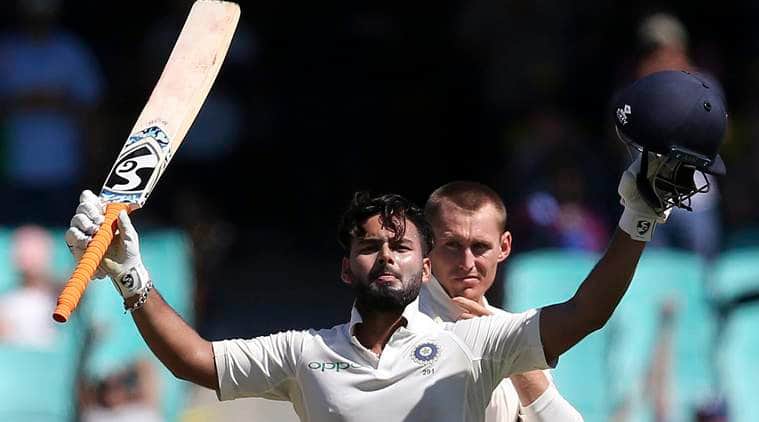 Rishabh Pant’s unbeaten 159 at the SCG was his second Test century in nine games — the first was in the second innings at the Oval in September. (Source: AP Photo)

Pant’s century was the first instance of an Indian wicketkeeper scoring a Test 100 in England. He went on to make his ODI debut in the home series against the West Indies and made his T20I debut against the same opposition. Although he failed to make a significant dent in the limited overs matches he played, Pant proved once again that he is one of the most exciting young talents in the Indian squad with his perfroamce during India’s Test series against Australia.

Pant ended the series as the second highest run scorer, ahead of Indian captain Virat Kohli, with 350 runs. His lower middle order performances turned out to be crucial as India won their first ever Test series on Australian soil. Pant eventually scored an unbeaten 159 in the final Indian innings of the series, making him the first Indian wicketkeeper to score a century in Australia.

World Cup 2019: All too familiar pain for Bangladesh

Koffee with Karan fallout: Hardik Pandya and KL Rahul’s views are their own and not of the Indian cricket team: Virat Kohli