Virat Kohli will return home after India’s first Test in Australia, as BCCI has granted him paternity leave upon request. A spate of injuries during the IPL means that in a high-intensity Test series, India could also miss their most experienced fast bowler Ishant Sharma and first-choice wicketkeeper Wriddhiman Saha. Medium pacer Bhuvneshwar Kumar is already ruled out and spin spearhead Ravichandran Ashwin is nursing a sore shoulder. And although, as the BCCI informed, Rohit Sharma has been included in the Test squad, he would be returning after a month-and-a-half of inactivity.

India will have to deal with a mid-series leadership change, for Ajinkya Rahane will take over captaincy following Kohli’s departure, likely for the remaining three Tests. The first Test in Adelaide, a day-night affair, will be played from December 17.

The BCCI didn’t mention if the India captain would return for the final Test, in Brisbane from January 15. Kohli would certainly miss the second and third Tests – in Melbourne and Sydney from December 26 and January 7 respectively – and if he intends to play the final Test, the latest he might have to return to Australia is by New Year.

The Australian government’s quarantine rule for international travellers says: “To prevent the spread of COVID-19, travellers arriving in Australia by air or sea may need to go into government-approved mandatory quarantine for 14 days from arrival.” Exceptions are granted to travellers coming from “a green safe travel zone” (applicable to ‘New South Wales or the Northern Territory in Australia’ or those who are coming from a ‘safe travel zone country’) or those who fall “in an exemption category” (as per the discretion of the Australian Health Protection Principal Committee). Kohli would be coming out of a bio-bubble to return to India.

In 2018-19, during India’s first-ever Test series win in Australia, Kohli scored 282 runs in four matches, including a century and a half-century. In 12 Tests Down Under, he has six hundreds and an average above 55. Last time, Australia had missed Steve Smith and David Warner, who were serving bans. This time, India have problems galore, unavailability-wise.

Cricket Australia (CA) has already called Kohli’s absence “massive news”. “Losing Kohli for the bulk of the Border-Gavaskar series would be a huge blow to India’s hopes of retaining the trophy,” CA posted on its official website.

As a captain, inconsistencies in Kohli’s team selection have drawn criticism. But India under Kohli carries a different intensity on the field, as was the case during the triumphant tour two years ago. India bounced back to win the third Test after conceding the second and held on to a 2-1 lead. 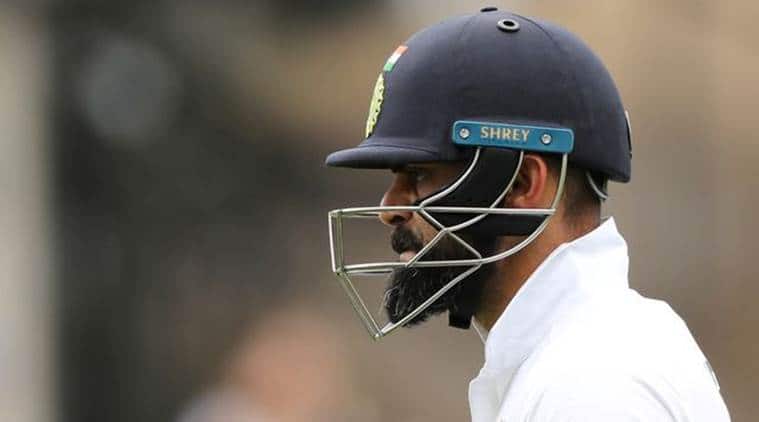 A big question is who will bat at No. 4 in Kohli’s absence. (Reuters)

Rahane’s captaincy style is not overtly aggressive as was evident during the only Test in which he led the country in 2017. He captained India to victory in the deciding fourth Test against Australia in Dharamsala, with Kohli injured. The decision to hand Kuldeep Yadav his Test debut proved to be a masterstroke and though that could be perhaps attributed to the coach Anil Kumble, Rahane was tactically sound and piled on the pressure with his field settings and bowling changes. However, India will definitely miss Kohli’s intensity that is respected by the opposition.

A big question is who will bat at No. 4 in Kohli’s absence. Rohit will return for the Tests but would be short of game time and, of late, has been opening in Tests. KL Rahul is in the squad but hasn’t played for India in the long form since September 2019, when he was dropped on form. It needs to be seen whether the team management opts for Shubman Gill. He is in the Test squad by dint of his performance in first-class cricket (average 73-plus) and could well be in the reckoning.

The BCCI press release stated that Ishant would be included in the Test squad “once he fully recovers and gains sufficient match fitness”. He is currently doing his rehab at the National Cricket Academy after suffering a rib-cage injury during the IPL. Saha, nursing a hamstring injury, is also uncertain for the Test series. Kumar is ruled out after a thigh muscle injury, while Ashwin’s fitness is under the scanner.

Meanwhile, the BCCI informed that a shoulder injury has ruled spinner Varun Chakravarthy out of the T20I series in Australia, while young fast bowler Kamlesh Nagarkoti, who was included in the touring party as a net bowler, wouldn’t be able to travel, as “he is still working with the medical team on his bowling workload management”. Left-arm seamer T Natarajan has been included as Chakravarthy’s replacement and the selectors have added Sanju Samson “as an additional wicketkeeper to India’s ODI squad.”