2019 Cricket World Cup: In England, the World Cup is happening at an extraordinary time. The Empire is trying to define what it means to be English. At the same time, it’s the outsiders who are shouldering the nation, cleaning it — and also consuming its sport.

5.45 AM, Victoria Coach station, London. Every week, around 2,000 immigrants arrive here, bleary-eyed, haggard, stepping out of long-distance buses for a coffee and often a smoke. Africans in hoods, Romanians and, of course, the Polish.

Not a bad place to ponder over the Brexit mess and the cricket World Cup that starts Thursday.

With hardly any promotional signs visible at the coach station and elsewhere in London, the refrain is one of surprise: “Cricket? Tomorrow?” But that’s when you see Virat Kohli, smiling from walls at Tube stations, selling a money transfer service to India.

In England, the World Cup is happening at an extraordinary time. The Empire is trying to define what it means to be English. At the same time, it’s the outsiders who are shouldering the nation, cleaning it — and also consuming its sport. 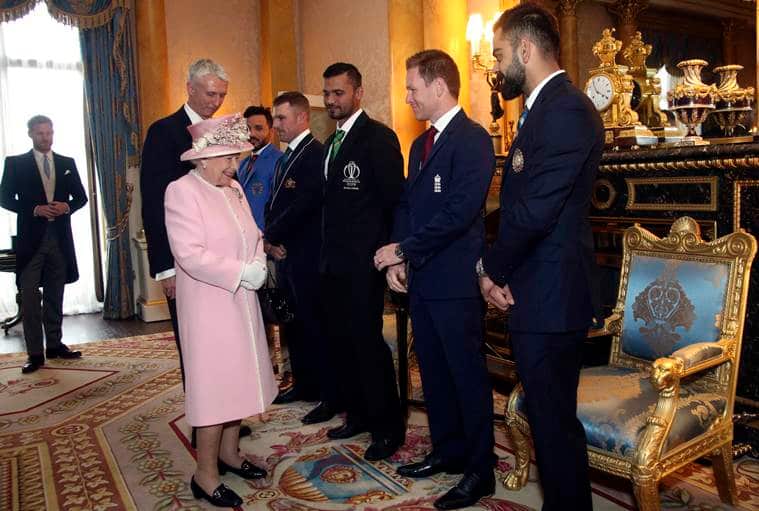 Queen Elizabeth meets the skippers of the ten World Cup 2019 teams during a Royal Garden Party at Buckingham Palace in London, Wednesday, May 29, 2019. (AP Photo)

Around 3 million ticket applications from 148 countries have poured in, says Paul Smith, World Cup director of the city. “We are talking handfuls of tickets left — and those are the only ones we have had back from external stakeholders,” he says.

There are plans to organise events in malls and public squares. The ICC has tied up with cricket clubs across the country to open their doors for community days and show matches. “With the world coming in, the colours, noise and passion of fans, it’s really going to blow people away in host cities,” says Smith.

Outside the Victoria station, people are blown by the icy wind. “What’s left that’s English — the BBC? Royal family? Church of England? The countryside? 90 per cent live in towns, for God’s sake! I will tell you what’s left: English football. Cricket is still a posh affair,” says David Goldblatt, sociologist and writer. “The tragedy of the English is that we have come to the 21st century and are in search of English nationalism — the England football team is all we have got. Cricket has a lot of catching up to do.” 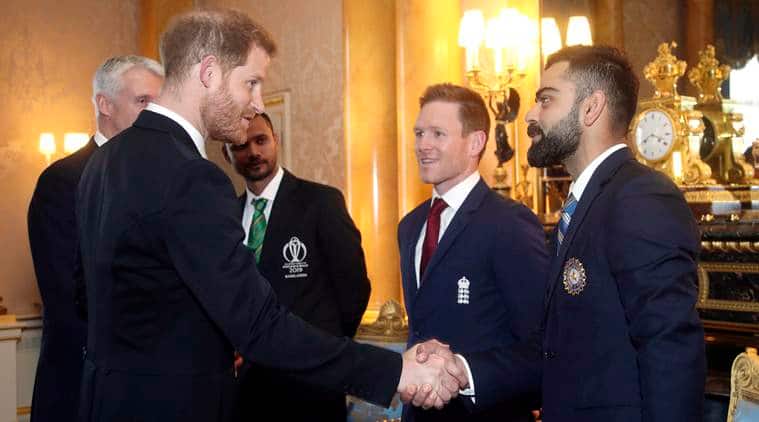 Prince Harry and Virat Kohli during a Royal Garden Party at Buckingham Palace in London, Wednesday, May 29, 2019. (AP Photo)

But over the last couple of years, English cricket has been revving it up. For a team that used to be almost condescending and certainly snobbish about the one-day game, the turnaround has been stunning. And it’s somewhat befitting that the transformation is being led by an Irishman, Eoin Morgan, the captain. At a press conference Wednesday on the opening match, Dominic Cork, former England bowler, asks South Africa captain Faf du Plessis: “How does it feel going against the best team in the world?” Du Plessis smiles.

India and Australia are the other strong contenders. But not that the rest are lagging behind. West Indies have stamped their presence, racking up 421 in a warm-up game; New Zealand humbled India in another game; and, Pakistan have been slogging it out for weeks now.

The South Africans, for once, aren’t in the conversation much, which suits them as they can do without the baggage of pressure that has hobbled them in the past. Then, there is Afghanistan, a team that can cause an upset or two.

In other words, there isn’t a visibly weak team.

But more than anyone, it would be England for whom this tournament would mean a lot. “I just can’t imagine what it would mean to the people if we win the World Cup,” says Morgan. For a country that invented the game, and ceded its soul to Australasia, it would be quite a triumph.

Speaking about sport under the Brexit cloud, John Williams, associate professor at University of Leicester, says: “People are very anxious about the future. Anxious about the role of Britain in the world. Anxious about Brexit. Sport — football, in particular — gives a sense of who they are. And it’s felt more intensely now than probably ever before because Brexit makes all of us feel uncertain and we don’t know how we quite fit.”

Cricket isn’t quite there yet among the immigrants. But a triumph could kick some love back in children, if not parents. More importantly, it could help smoothen the crinkles of an anxious nation. “National identity is a complex issue, mired as it is in history, migration, culture, language, religion, but sport has a way of simplifying the narrative. A simpler way to make sense of who we are in this world, and something that unites,” says Williams.

If England do win, cricket still won’t challenge football here, but at least it might lose its negative subtext of elitism.

Back at the coach station, Adrian, a Romanian, stirs from his sleeping bag on a pavement. He changes into trousers, and carefully crunches the newspapers below his sleeping bag. The headline on a page flips out. “May’s teary farewell,” it says, with a quote from the outgoing Prime Minister: “I did all I could.”

Romanians have edged out Indians to become the second most common non-British nationality after the Polish. And Adrian, who works at a car-wash service, sighs about Brexit. “God knows, but I don’t think we (immigrants) would be affected. I don’t see the English doing this hard work,” he says, referring to the thousands of cleaners in the city, three-fourth of them from Africa. “If things become worse, we shall go back to Africa,” says a cleaner, who has stepped out for a smoke. “Hey, but there aren’t any jobs back home,” says his friend, and both laugh.