The ICC World Cup 2019 in England has witnessed quite a few political protests during the matches.

A handcuffed Sikh spectator reacts as he is taken away by cops during the Cricket World Cup semi-final match between India and New Zealand at Old Trafford in Manchester. (AP)

Several spectators at the Old Trafford stadium were handcuffed and ejected after mounting a political protest during the World Cup semi-final match between India and New Zealand on Tuesday. 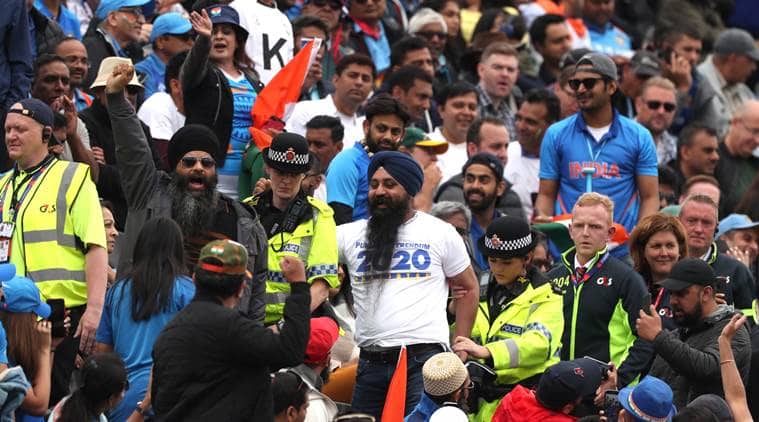 A fan is arrested by police officers during the match. (AP)

“Ground security went into the stands and got the fans out of the stadium without much resistance and handed them over to the police,” AFP quoted a policeman at the ground as saying.

“There were four Sikh guys who were wearing T-shirts with some political message on them and it is not allowed,” the policeman added.

According to AFP reports, those who were apprehended were apparently Sikh separatists who came to the ground wearing T-shirts and displayed banners calling for a referendum on an independent homeland to be carved out of India. 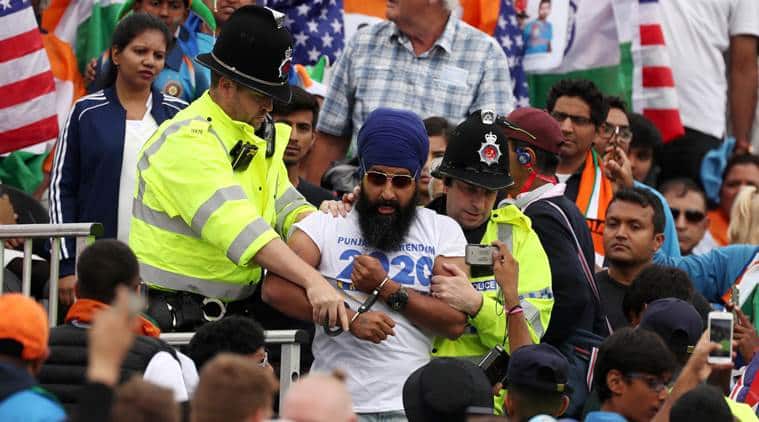 Police arrest a fan during India vs New Zealand. (AP)

Expatriate Sikh separatists have been holding rallies in England to voice their demand for a separate homeland of Khalistan in northern Punjab.

The ICC World Cup in England has witnessed quite a few political protests during the matches.

India vs Sri Lanka in Headlingly on Saturday had an aircraft carrying the banner ‘Justice for Kashmir’.

After a half an hour, a similar looking aircraft flew over the stadium with a different banner – ‘India Stop Genocide, Free Kashmir’.