If the IPL stars Mohammed Nabi (3/46) and Rashid Khan (2/27) set it up by restricting Pakistan to well below 300, it was Shahidi’s composure that saw Afghanistan cross the finishing line despite some late hiccups.

Shared News| Updated: May 25, 2019 11:19:09 am
Pakistan’s Sarfaraz Ahmed, left, and Afghanistan’s Hashmatullah Shahidi during the ICC Cricket World Cup Warm up match between Afghanistan and Pakistan at The Bristol County Ground in Bristol, England (AP)

Afghanistan announced their intentions of being more than mere pushovers as they stunned Pakistan by three wickets in a World Cup warm-up game that went to the wire.

Young middle-order batsman Hashmatullah Shahidi played the role of sheet anchor to perfection with an unbeaten 74 as Afghanistan chased down a below-par target of 263 set by Pakistan with a couple of balls to spare.

If the IPL stars Mohammed Nabi (3/46) and Rashid Khan (2/27) set it up by restricting Pakistan to well below 300, it was Shahidi’s composure that saw Afghanistan cross the finishing line despite some late hiccups.

Veteran Nabi after a good bowling performance also did his bit with the bat, scoring 34 off 41 balls, including three boundaries. Shahidi’s patient knock had seven fours and he played 102 balls. A lot of credit should also go to opener Hazrtullah Zazai for his 49 off 28 balls that had eight fours and two sixes. It was after Mohammed Shahzad retired hurt for 23.

Zazai set the pace in the Powerplay overs which enabled Shahidi to deal in singles and occasional boundary as the Pakistan bowling looked pedestrian.

Mohammed Aamir (0/27 in 6 overs) didn’t get the ball to swing as most of his deliveries were seen angling across the right-handers while Wahab Riaz did bowl well at the death getting the ball to reverse.

Earlier, when Pakistan batted, their no 1 batsman Babar Azam (112 off 108 balls) was the lone bright spot in an otherwise disappointing batting show as Nabi and Rashid choked the run-flow in the middle overs. 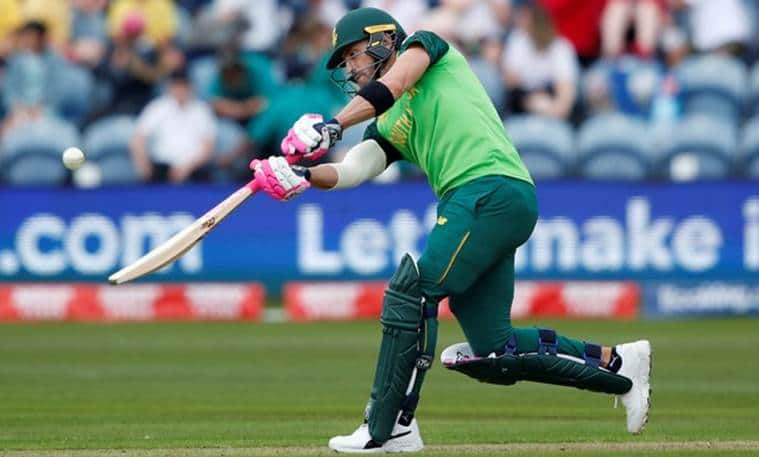 Skipper Faf du Plessis smashed his way to 88 while Andile Phehlukwayo produced an all-round effort as South Africa outplayed Sri Lanka by 87 runs in an ICC World Cup warm-up encounter in Cardiff on Friday. Batting first, South Africa put up a par score of 338 for seven, riding on Du Plessis’s 88 off 69 balls with four sixes and seven fours. Sri Lanka were all out for 251 in 42.3 overs with Phehlukwayo taking 4 for 36 in 7 overs.

When the Proteas batted, Du Plessis was well supported by opener Hashim Amla, who scored 65 off 61 balls along with contributions from Hendrik van der Dussen (40 off 41 balls), Phehlukwayo (35 off 34 balls), Chris Morris (26 off 13 balls).

With Lasith Malinga being rested, the new ball bowlers Suranga Lakmal (2/63) and Nuwan Pradeep (2/77) went for runs with the only respectable figures coming from Isuru Udana (1/42 in 10 overs).

Sri Lanka fought till skipper Dimuth Karunaratne (87 off 92 balls) and former skipper Angelo Mathews (64 off 66 balls) were at the crease adding 98 for the fourth wicket.

Once Karunaratne was dismissed, the Sri Lankan wickets fell in a heap with last five wickets falling for only 31 runs.

South Africa used all their bowling options save Dale Steyn with Lungi Ngidi (2/12 in 6 overs) bowling one spell and Phehlukwayo running through the middle and lower-order.