“Whoever’s plan it was to drop Stuart Broad the person must be sent to quarantine for 14 days as a punishment,” was the popular joke on the internet after the Englishman picked 6/31 against West Indies to close in on 500 Test wickets. Off his third delivery on day three in the Manchester Test, Broad trapped Holder lbw for 46, with a review backing up the on-field decision and breaking the back of a Windies resistance. Perhaps being dropped in the first game of the series rubbed off him in the correct way after all.

Since his return in the second Test, Broad has come back with 12 wickets in the next 3 innings, to go with his 62 with the bat. Three more wickets and he enters the 500 wicket club. On Sunday, he went on to pick up his 18th Test five-wicket haul. So what has worked for the 34-year-old? Broad’s seam position got the ball to just talk enough in Manchester to draw that false shot. Kraigg Brathwaite and Jason Holder are the prime examples. The former was caught edging the ball while the skipper was plumb lbw in front. Both beaten by the seam position which led to the extra movement. In the space of four balls, Broad removed Rahkeem Cornwall (lbw) and Kemar Roach (caught in slips).

What has also worked for him since 2018 is that he has ditched his strategy of bowling back of the length cross seamers and consistently bowled much fuller and hitting the stumps. Certainly, a reason why he has enjoyed so much success in recent times.

In this series, Broad’s seven wickets have been from balls that would have hit or clipped the stumps.

Stuart Broad has taken nine wickets this series, and seven of them have come from balls which would have hit the stumps. #ENGvWI pic.twitter.com/6VMT2JvQ1n

While delivering the ball, getting closer to the stumps from a wider angle has led to an increase in the percentage of wickets bowled and lbw at home. From 2008 to 2017 it stands at 33 percent. But since 2018, it has rapidly risen to 59 percent. During his famous 8/15 spell on this ground against Australia in 2015, Stuart Broad found 0.8° of seam movement. In this Test, it hovered around 0.9°.

What do numbers say? 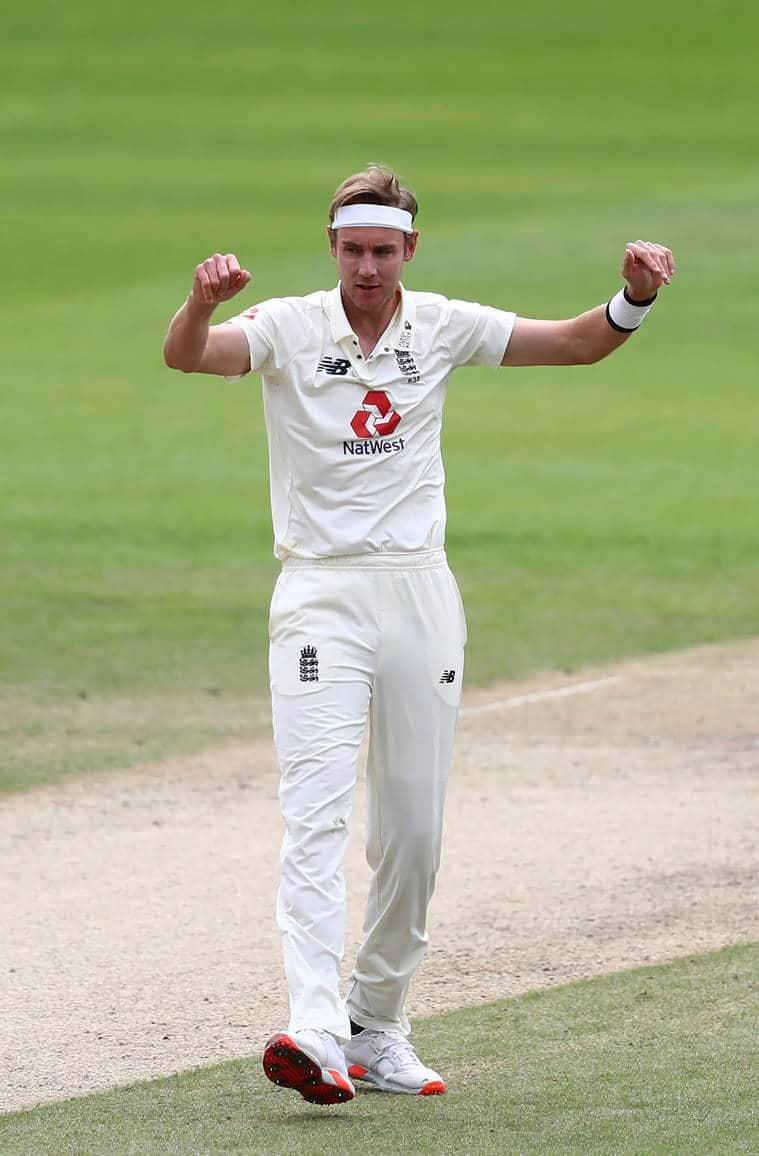 To back his numbers here is a look at the fact that three his lbw victims in WI’s first innings is only the second time he has had as many in innings. He had three against SA at Leeds in 2012.

This follows a new trend since 2019 when he has targeted the stumps more, in-home Tests at least.

After Sunday’s spell, this was only the second time in his career Broad picked more than three wickets in three consecutive innings of a Test series.

Despite approaching the wrong side of the 30s, going by his form and numbers, Broad is certainly aging like fine wine.

I enjoyed getting back up the order: Head