Cricket Australia announced a 17-member squad for upcoming Test series against India starting in December. The team will take on India under Tim Paine’s captaincy and youngsters Will Pucovski and Cameron Green have also been included to the side. The other uncapped Test players in the Tim Paine-led side are fast bowler Sean Abbott — whose bouncer had accidentally hit Phil Hughes during a Sheffield Shield game in 2014, leading to his tragic death — leg-spinner Mitchell Swepson and all-rounder Michael Neser.

In recent times, past Australian greats have called for Pucovski’s selection in the team following his fine run in domestic cricket — the 22-year-old struck successive double centuries in his two Shield appearances.
His inclusion sets up a competition with fellow opener Joe Burns, who is feeling the heat after a disastrous start to the first-class summer. 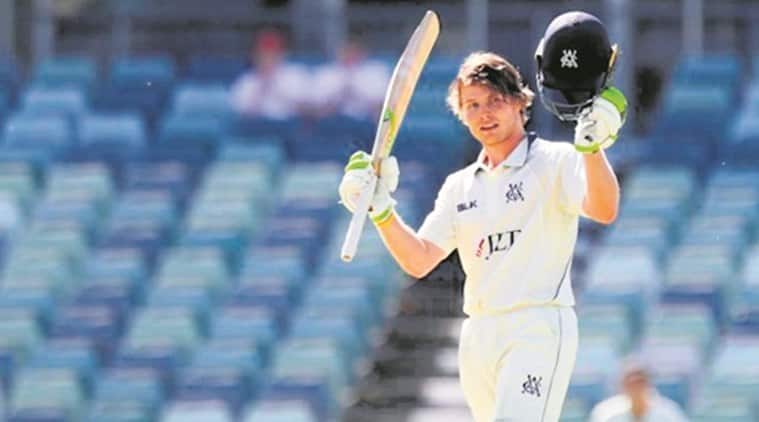 Will Pucovski, 22, has been compared to Ricky Ponting. (FILE)

As per the cricket board, the selectors chose the expanded squad in considering the bio secure hubs that the team will be based in and the need to plan for replacing players at short notice if required.

Youngsters Cameron Green and Will Pucovski are included in Australia's 17-player squad to take on India in the Vodafone Test Series! 🙌

Talking about the selection, CA’s National Selector Trevor Hohns said in an official statement, “What we saw in the opening rounds of the Marsh Sheffield Shield were a number of players performing exceptionally well. It is such a positive sign for Australian cricket to have so many good young players stepping into contention for the Test and Australia A selection.

“Huge praise should go to the South Australian Cricket Association, the coaches, players and all those involved in delivering such a high quality block of Shield matches in challenging circumstances. The SACA went above and beyond to deliver great quality wickets and conditions for the players to thrive.”

He also informed that in line with the white ball squad, Pat Cummins will be the sole vice-captain of the Test squad under Tim Paine.

The limited overs leg, which will comprise three ODIs and as many T20Is, will be held prior to the Test series, starting November 27.

Selectors have also chosen a 19-player Australia A squad to play India A and India in tour matches at Drummoyne Oval and the Sydney Cricket Ground which includes nine players from the Test squad and Australian captain Tim Paine. Final sides and a captain will be chosen closer to each match.

Australia A versus India A and India:

Marathons and Running Races in Delhi