While Manu Bhaker broke records on her way to a gold at the Commonwealth Games, the 16-year-old already has her eyes set on the next big tournament.

Shared News| Updated: April 9, 2018 8:45:24 am
Manu Bhaker has been shooting high scores for fun, and has hardly ever returned from a tournament without a medal. (Source: Reuters)

It’d just been a couple of hours since Manu Bhaker, all of 16 years old, won the 10m air pistol gold. It was a dominating performance, smashing records and beating compatriot and the more established Heena Sidhu by 6.9 points, making her one of the youngest gold medallists in the country.

But Manu doesn’t care. She wants to be left alone, doing what she enjoys the most. The pistol is still a toy to her. Shooting just a hobby she is good at. Extremely good at.

Moments after her final, she saw a new table tennis table and unused paddles inside the Games Village. The Class XI student from Jhajjar sprinted upstairs to her room, kept her gold medal by the bedside and returned to the recreation zone for a game of TT — like any other teenager would do after submitting her final exam paper.

This, however, wasn’t Manu’s final test. Rather, it is the beginning of many more that will follow. Just how special a shooter Manu is has been well-documented. She’s been shooting high scores for fun, and has hardly ever returned from a tournament without a medal.

For someone of her caliber, the Commonwealth Games were hardly a challenge. A final in first-ever major appearance comes with its own load indeed, but Manu doesn’t seem to fretting over the pressure. Last month was the medal in Mexico at the senior World Cup. Then in Sydney at the junior World Cup. And now, a few hundred miles up north from Sydney, at Gold Coast.

Ask her what she is thinking about now, and she says ‘South Korea’. In 10 days, Manu will line up at the firing range in Changwon at the World Cup, hoping to win another gold medal at the year’s second World Cup. Gold Coast is old coast for her already. In a sport that demands stillness, she is a restless soul. 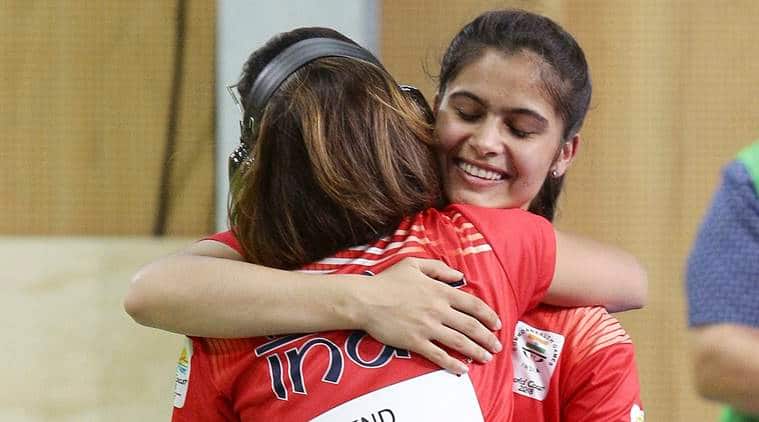 Jaspal Rana, her coach, says his challenge will be to keep her ‘newness’ factor relevant for as long as he can. “If that means selecting her tournaments wisely before the World Championship, then so be it,” Rana says. The World Championship, in Changwon from August 31 to September 14, will give shooters the first chance to secure qualification for the Tokyo Olympics.

Rana adds his challenge is two-fold. “If I give you a chocolate every day, you’ll eventually get bored of it. My task is to ensure Manu doesn’t lose interest and remains focused. The second big task is to keep the distractions away,” Rana, a former Commonwealth Games gold medallist himself, says.

The distractions, which Rana talks about, will come straight up. “We return to India for three days this week. During that period, there’ll be so many functions and ceremonies to attend. It’s surely motivating, but at the same time, it is also easy for an athlete to lose track of herself,” Rana says. How Manu handles the attention is a key question. Not many have succeeded, her competitor on Sunday, Heena Sidhu, being a prime example. A world record holder, Sidhu catapulted to spotlight after becoming World No. 1 pistol shooter in 2014. Since then, she has been on a downslide, although she firmly remains one of India’s best pistol shooters.

Sidhu’s reputation of stumbling in pressure scenarios precedes her, and the same was repeated on Sunday, until she salvaged some pride by crawling up the leaderboard to end up with a silver medal.

Sidhu’s coach and husband Ronak Pandit says it is important to handle a shooter like Manu with care. “She is a natural product. We just need to polish her. At the same time, most people her age are like that when they come in. It’s that rawness, they have no idea about the world. But once they start performing, expectations build up. That is a crucial state.”

But Manu does not care. She wants to be left alone, and continue winning medals.