Kiwi all-rounder James Neesham impressed with his all-round performance in the New Zealand A vs India A fifty-over clash on Friday but ended up hurting his chin with a failed reverse sweep attempt. Neesham posted pictures of his chin after the incident on his Twitter account after New Zealand’s 29-run win at Hagley Oval, Christchurch.

Got fixed up good today! Lesson: don’t reverse sweep up into your own face ??? pic.twitter.com/0zTVFw8NLD

Batting at No.7, the 29-year-old scored a handy 31-ball 33 including three boundaries helping the hosts post a total of 295 for seven wickets.

Later, he provided the Tom Bruce-led side with timely breakthroughs taking key wickets of Suryakumar Yadav and Vijay Shankar. The all-rounder had the best bowling figures in the side giving just 24 runs in his seven overs at an economy rate of 3.43.

Neesham was left out of New Zealand’s T20I squad. He scored 63 runs from three innings at an average of 31.50 and took two wickets in three T20Is against England in November 2019.

Chasing a total of 296, India kept losing wickets at regular intervals. Krunal Pandya top-scored for India with 51 runs from 48 deliveries. In the end, India A fell short of the target by 29 runs. 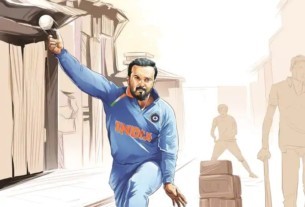 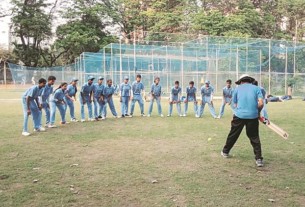 From Kolkata streets to a World Cup in England, it’s more than just cricket

Every player in group has a lot to offer in T20s: Ford