CAG report on Rafale tabled in Parliament compares UPA deal for 126 Rafale aircraft with NDA deal for 36 jets. How was this worked out? What else does the CAG report cover or not cover?

CAG report on Rafale: The question of 50% offsets in the deal, which has been at the centre of a major controversy due to involvement of Anil Ambani, has not been dealt by the CAG in this report. Image: Dassault Aviation
On what aspects does the (Comptroller and Auditor General) CAG report assess the Rafale deal?
The CAG report has examined the €7.87-bn deal for 36 Rafale aircraft signed between India and France on September 23, 2016 to assess “if the objectives of Indo-French joint statement and the objectives set out for INT by DAC were achieved”.

The joint statement issued by PM Narendra Modi and French President Francois Hollande on April 10, 2015 stated that: 36 Rafale jets would be acquired as quickly as possible; supply would be on better terms — in price, delivery and maintenance — than the procurement process of 126 Rafale aircraft when was then under way; delivery would be in a time-frame that would be compatible with the operational requirement of the IAF; and aircraft along with weapons and associated systems would be delivered in the same configurations as had been tested and approved by IAF and with a longer maintenance responsibility by France.

This means that the CAG had to compare the deal for 36 Rafale with the price bid by Dassault for 126 Rafale jets in 2007, by converting it into an equivalent cost for 36 aircraft in 2016.

Did the CAG report also deal with offsets?

The question of 50% offsets in the deal, which has been at the centre of a major controversy due to involvement of Anil Ambani, has not been dealt by the CAG in this report. It will form part of a separate report by the CAG on offsets in all the deals. CAG report on Rafale: Congress president Rahul Gandhi and other party leaders protest over the Rafale deal Wednesday, near the Mahatma Gandhi statue on the Parliament complex. (Express Photo: Anil Sharma)
How did the CAG compare the 2007 commercial offer with the 2016 contract?
The comparison between the two prices was done using an “aligned cost”, which fixed the equivalent cost for 36 Rafale in flyaway condition, if the 2007 commercial offer for 126 Rafale was to be converted as per this bid. It was a complex process but the CAG used multiple reference points which included: cost of 18 flyaway aircraft in 2007 offer; cost of 126 aircraft with their warranty conditions, licence production, maintenance etc; cost of basic aircraft and of the “fully loaded” aircraft. This had to be “aligned” with the new scope, reduction in quantity, deletion of licence production and transfer-of-technology costs; options clause and bank guarantees in the 36 Rafale procurement.

This was not the first time that an aligned cost had been fixed because a similar exercise had been undertaken by the Indian Negotiating Team (INT) at the start of negotiations with France in May 2015. The CAG also reviewed I’T’s process for alignment of costs in these two offers and came to a figure for its “aligned cost” which was 1.23% lower than the INT’s figure.

In the CAG report, what are the figures for the two “aligned costs”?

Is there a caveat to this figure of the deal being 2.86% cheaper?

Immediately after stating the savings, the report mentions the fact that the 2007 offer from Dassault had costs of bank guarantee embedded in its offer. But there was no such guarantee in the 2016 contract which was a “saving” that was not passed on to the Indian government. INT had assessed the cost of this bank guarantee to be €574 million, which negates the advantage claimed by the deal being 2.86% cheaper.

Where are the biggest savings in the deal, according to CAG?

The CAG report assessed the maximum savings, of 17.08%, were in the cost of India Specific Enhancements (ISE) but it is silent about the fact that the major component of this cost was for design and development of ISE. This was a fixed or non-recurring cost which was earlier spread over 126 aircraft and in the 2016 contract, is spread over only 36 Rafale aircraft.

The report also mentions that, in view of the huge cost and the reduced number of aircraft being purchased, the INT proposed to reduce the number of ISE. But Dassault stated that since its price was a total package, Indian government would have to take up the matter with the French government. The IAF, with the approval of its chief, intimated the government even in August 2016 that the scope of ISE can be reduced by postponing six enhancements, which could be included if more Rafale aircraft were procured in the future. As it would go against the bilateral statement of April 2015 of having the aircraft with the same specifications as were requested in the 2007 tender. 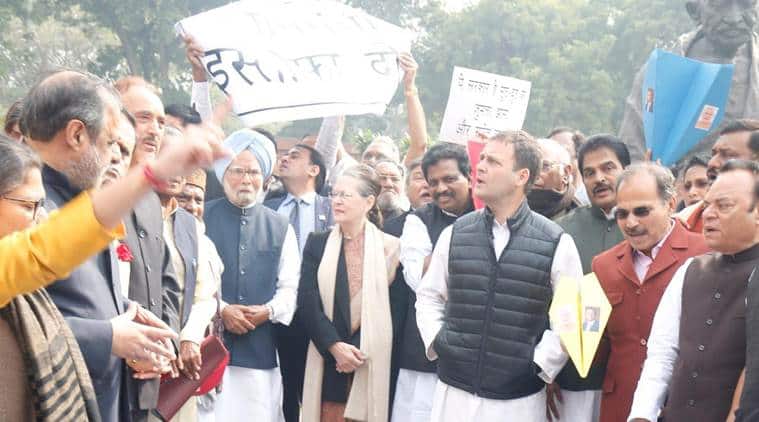 What about the price of weapons?

The CAG report states that the IAF had asked for weapons for two squadrons in 2007 and it remained the same even in 2015, but there was addition and deletion of certain weapons. This led to a saving of 1.05% over the aligned price worked out by the CAG.

What about the figures of savings of 9%, 20% and 40% cited by various Union ministers?

The government did inform the CAG about its claim of getting a 9% lower price of the basic aircraft compared to the price offered in 2007. But the auditor said that the there is no difference between the price offered for the basic Rafale aircraft in 2007, after applying the escalation factors, and the price negotiated in 2015. As far as the claims for 20% and 40% savings are concerned, they are based on government’s claim that the contract for 36 Rafale had an escalation factor based on French rates of inflation, subject to a cap of 3.5% per annum. But the CAG said that any such savings would also have been available in the 2007 commercial offer.

Did the report refer to Eurofighter’s offer of a 20% discount?

Yes, it did note that EADS, the manufacturer of Eurofighter which was the only other aircraft besides Rafale to qualify in the IAF trials, had made an unsolicited offer of 20% discount. To the government’s claim that it negotiated the Inter-Governmental Agreement (IGA) for Rafale as it was the L-1 bidder in the case of MMRCA, the auditor noted that no such provision exists in the Defence Procuement Procedure. But that offer was an important input as a reference point to determine better price and better delivery as per the joint statement.

Has the aim of a faster delivery period been attained?
The CAG report states that while 36 Rafale aircraft in the 2007 offer would be available to the IAF in 72 months, the same would be available under the 2016 contract in 71 months, a saving of one month. It also noted that 18 of the 36 in 2007 offer would have been manufactured in India while all 36 in the 2016 contract are to come from France in flyaway condition. The government also told the CAG that the project was so far on schedule, after the INT had raised apprehensions that the backlog of pending deliveries with Dassault was already seven years and this would delay the delivery of 36 aircraft.

From Aconcagua to Everest: This woman is on a mission to summit 7 peaks across the world

Nirav Modi flees to Brussels, believed to be travelling on Singapore passport