Shared News| January 2, 2020 11:23:56 am
Pragmatists and romantics get locked in an intense debate as cricket officials get serious about shrinking Tests.

Cricket, especially its longest and oldest form has been historically stubborn to changes.

Cricket, especially its longest and oldest form has been historically stubborn to changes. Nonetheless, at various junctures of history, in its existential quest and commercial zest, it has shed its orthodoxy and leaped the evolutionary leap of faith. Decision Review System, pink balls, bouncer rules, concussion subs, day-and-nighters, the format has accommodated several revisions from time to time. Next could be crunching five-day Tests to four days—the ICC will make a recommendation for the 2023-31 World Test Championship. It’s little surprise that its most vocal supporters are those that run the game and the skeptics are mostly those that play the game. SANDIP G dwells on both sides of the coin

One day too many: Fewer Test matches are lasting the full course of five days, more so in 2019, wherein as many as 68 percent of the games ended in four days or fewer. There has been a progressive decline over the years. In 2018, it was 56.25, while in 2017 the number was 47.83. In the 80s, it was as much as 70 percent, in the 90s, it went down to 68, the aughts saw it further slipping to 58 percentage, while in the last decade only 51 percent saw the fifth day. Take for instance, the Test matches India played this year. Apart from the rain-marred Sydney Test and Vizag Test against South Africa, all other Tests, six overall, finished in four days. Or for that matter the Tests against Bangladesh–the entire two-Test series consumed only 403 overs, which’s 47 overs less than a full Test.

Resulted-oriented pitches: If Test matches are scheduled to end in four days, curators could be encouraged to prepare more resulted-oriented pitches. It could, in turn, result in fewer draws, exciting cricket, more declarations and less attritional phases of the game. Overall, the game will quicken up—more aggressive strokes from batsmen, attacking lengths by bowlers, attacking fields by skippers, Test cricket could be more adrenaline-fuelled. The usual ‘waiting for things to happen’ the meandering phase will be an archaic phraseology.

Scheduling, workload: The advocates of four-day cricket are convinced that the workload on players will be considerably reduced by striking out the fifth day, furnishing the players with an extra day for recovery. It also (relatively) decongests an otherwise congested calendar. For instance, if a team plays 15 Test matches a year, it would play an equivalent of 75 days. In four-day Tests, it could be reduced to 60.

No eating into game time: A recent analysis by The Daily Telegraph fished out a stat that only an average of 362 overs are bowled in Test match, which equates to four days. Moreover, in four-day, the number of overs will be increased from 90 to 98. So essentially, not much time is lost in terms of the overs.

Marketing fillip: Besides the Ashes, Test cricket is a hardsell in most parts of the cricketing globe. Though the World Test Championship has contextualised a lot of previously random fixtures, it hasn’t necessarily filled the stands, even if the contests are at times thrilling. Like the Boxing Day Test between England and South Africa last week or those during the thrill-a-ball rubber between Sri Lanka and South Africa last year. Slotting the fixture to a Thursday-to-Sunday cycle could make it more appealing for the market, and convenient for the audience. A recent survey by Cricket Australia stated that a startling 68 percent of the participants wanted Tests to end in four days. A Wednesday-to-Sunday slot is too tedious, Thursday-to-Monday schedule risks the last day, even if the match is in balance, being sparsely attended. Fewer spectators are likely to bunk schools or offices on Monday than any other day of the week.

Commercial viability: An extra day isn’t necessarily lucrative, especially if the game wraps up inside four days or even if it finishes in the first hour of the last day. It’s less cost-efficient, even burdensome, for broadcasters as well the boards in the eventuality of a stipulated five-day game ending in four days or fewer. The broadcasters lose out on ad revenue, while the boards have to still pay for basic amenities like security and catering. It’s a logistical mess too, and the day gained is as good as a day lost. Moreover, four-day Tests could de-congest the calendar, and the boards could squeeze in an extra T20I or ODI, which invariably woo more audience. Fundamentally, making space for an extra day of limited-over cricket at the expense of a wasted fifth-day. 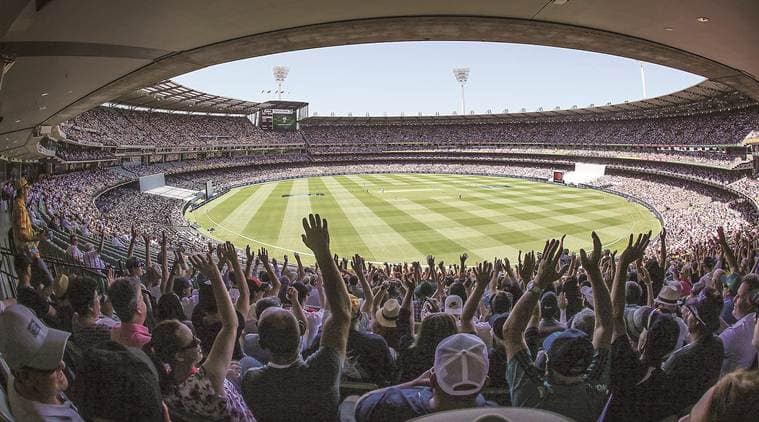 The supporters of the proposal argue that the shortened format could woo more audience, is more marketable, decongests the crammed schedule and reduce player workload. (AP)

The Ashes proof: The last Ashes was perhaps the most thrilling series in the last five years, with all but one decided on the fifth day, if at times weather-interfered. More significantly, at the end of the fourth day, the matches were still open. Hypothetically, if those were four-day Tests, England would have reclaimed the urn 1-0. Each of the fifth days was well-attended and was no less dramatic. The two series between India and Australia are other instances, wherein two evenly-competent teams produced some exhilarating cricket that more often than not lasted five days.

Spinners’ grouse: Barring the subcontinent, the spinners come into play mostly on the fifth day. In Adelaide and Sydney for example, or Oval and Rose Bowl, or even Durban and Wellington. So if Test matches are confined to four days, the spinners will become peripheral, and gradually would lead to the extinction, like what the 80s did to leg-spinners. Moreover, it would obliterate one of the game’s most nuanced thrill, a spin-proficient batsman trying to negotiate a masterful spinner on a crumbling surface. Cricket will become poorer for that. (Nathan Lyon calls concept of four-day Tests ridiculous)

Risk of underprepared and overcooked wickets: Four-day Tests would encourage curators to produce more resulted-oriented surfaces. But it could also risk more under-prepared, substandard wickets, resulting in uneven bounce or vicious green-tops, where even mediocre bowlers could pass off as Hadlees and McGrath. Likewise, the subcontinent could see more dustbowls, snakepits, and akhadas. Sometimes, over-cooked pitches could induce sluggishness too. Thus the quality of the game will be not only compromised but also diluted. Virat with his team.

Eating into game time: A 98-over-day doesn’t sound bad on paper. Effectively only 58 overs will be lost. But it’s unrealistic, as teams are struggling to even complete 90 overs a day, what with DRS-induced stoppages, slow over-rate and weather interruptions. Even if laws regarding over-rates are made more stringent, it’s unlikely that it would result in a massive improvement. In some parts of the world, it’s impractical too. Like a Test at Feroz Shah Kotla or Mohali in winter, where dusk beds in early. Or during the English summer, where a quick burst of shower could tumble down without any warning. So five days offer more probability of a result.

Work-load management, not quite: An extra day could help recovery, especially for bowlers. But not really. If a team is made to bowl 98 overs a day, there could be less recovery time in between the days, leaving them more physically knackered and emotionally drained, resulting in more injuries like stress fractures.

A day less, a match more: A cricketer’s ultimate fear. Though several days might be saved, the cricket board would be tempted to fill in space with an additional ODI or T20I because of the extra money it could rake in. So rather than un-crowding the calendar, the schedule could be overloaded with more limited-over fixtures. Three four-day-Tests would read three more ODIs or T20Is. So an extra day is effectively not gained, from a player’s perspective.

Less organic: A Test match might not last full five days, but the fifth day is always factored in. So everything, from team permutation to tactics is premised on the possibility of the match organically flowing to the fifth day. Compressing it to four days harms the natural flow, making the game less organic and time-bound. Rather than an abbreviated Test match, it becomes an expanded limited-over game.

Tail-piece: Cricket has this tendency to first refuse and then madly accept proposals. T20 and technology for example.