The Equestrian Federation of India is in the midst of a controversy after it selected and then quickly annulled the selection of the team for the Asian Games 2018 in Jakarta. There are allegations that it did not adhere to selection norms.

There are allegations that the Equestrian Federation of India did not adhere to selection norms whilst picking the team for the Asian Games 2018 in Jakarta. (Getty Images)

Allegations of intentionally bending rules to include certain riders into the national team may result in India missing out at the equestrian events at this year’s Jakarta Asian Games, according to people familiar with the developments.

The Equestrian Federation of India (EFI) secretary-general RK Swain had announced a seven-member squad on June 4. But within 24 hours, its president Lt. Gen Ashok Ambre reversed the decision after some riders alleged that there had been gross irregularities in the selection process.

There is now a possibility the team might not make it to Jakarta for the August 18-September 2 Games if EFI misses the June 30 deadline set by the Union sports ministry for sending its final list.

Speaking on condition of anonymity, these people alleged that among the riders who were selected, two in ‘eventing’ and one in ‘show jumping’ had been picked in contravention of the rules. One of the allegations was that two riders – Rajesh Pattu and Rakesh Kumar — rode incorrect tests in the dressage test for qualification in the eventing discipline at Jardy, France in May.

As per rules, they should have competed in the Dressage Test B, but they took part in Test A, it was alleged. In addition, they were adjudged by only two judges, as against the EFI norm of three judges.

In spite of these irregularities, they were included in the team announced on June 4, some other riders contended.

When contacted, Pattu admitted that there were only two judges, but said it was not something that was in his control. “It is immaterial whether I was in Test A or Test B,” he added.

In show jumping, the allegation is that Chetan Reddy competed as an HC (“hors concours” or out of competition) entry in a selection event. An HC rider, as per norms, cannot be considered for selection. But when the team was announced, Reddy’s name was on it.

People familiar with the developments said another allegation was that the EFI told riders who had cleared the dressage trials at the last minute that these competitions would not be considered as part of the selection process. This was in spite of EFI sending a committee member to Gestut Hallege (Austria) to oversee the trials on May 22-23.

Asked if there was infighting in EFI, the secretary-general added, “There is no question about that. It’s the president who signed on the (initial) list of names.”

Lt. Gen Ambre could not be reached for comments.

A top sports ministry official said the ministry cannot interfere with the selection process. “But if we find any discrepancy in the selection, or if the criteria are not met, we can warn the federation to go by the rules,” he said on the condition of anonymity. 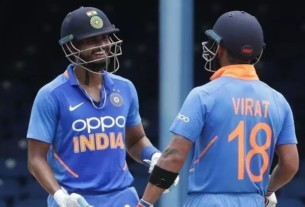