Defending champions India, the most successful team at U-19 World Cup, eyes another title at the upcoming 13th edition of the limited-overs tournament, scheduled to be held in South Africa from 17 January to 9 February 2020.

While the young boys prepare for India’s campaign for a fifth title, here is a look back at all the titles India won at U-19 World Cup so far: 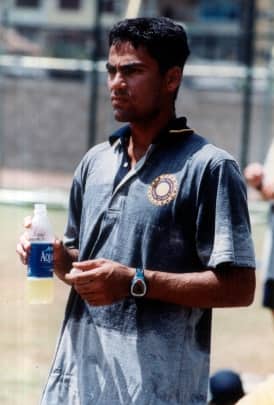 In his second stint at the U-19 World Cup, Mohammad Kaif led the Indian side to their first victory in the competition. Playing their first final against hosts Sri Lanka, India cruised to a six-wicket win and Yuvraj Singh was named as the player of the tournament. Yuvraj gave an all-round performance, scoring 203 runs in eight matches with a then unheard of strike rate of 103.57 and also took 12 wickets. 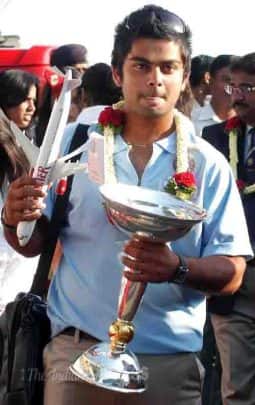 Virat Kohli with the U-19 trophy. Express Archive

Before becoming an indispensable part of the senior Indian cricket team, Virat Kohli led the U-19 side in the 2008 World Cup and won them their second title in Malaysia. This time the final was against Wayne Parnell-led South Africa and India wrote their name on the trophy with a 12-run win after Duckworth-Lewis was imposed.

Parnell had won the toss and chose to field first, bowling India out for 159. However, South Africa lost three early wickets after coming out to bat before rain followed, revising the target for the Proteas to 116 in 25 overs. Parnell-led side fell short of 12 runs. 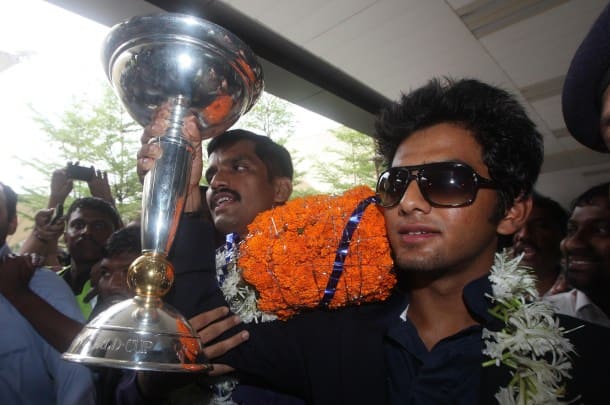 Captain Unmukt Chand with winning U-19 World cup trophy after his arrival at Mumbai airport. Express photo by Kevin D’Souza

Under Unmukt Chand, India went to Australia and returned with their third title, defeating the hosts by six wickets in the final. Chand played a match winning innings by scoring 111 not-out in 130 balls.

Captain William Bosisto was 87 not-out as Australia, batting first, posted 225. But the Indian captain bettered him with a brilliant knock and India reached the target in 47.4 overs to complete their third U-19 World Cup win. 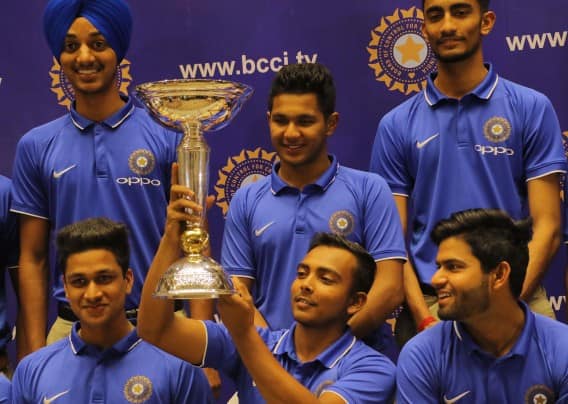 The latest Indian captain to win the U19 World Cup is Prithvi Shaw with Rahul Dravid still at the helm of the team. Shaw, who scored 261 runs in 6 matches at an average of 65 and a strike rate of 95, and Shubman Gill pilied on runs and all-rounder Anukul Roy accounting for the lion’s share of wickets.

Bangladesh were beaten by 131 runs in the quarter-final, Pakistan were defeated by 203 runs in the semifinal, with Gill scoring big again. The final against Australia was the closest India got to receiving a fight, but this match also was won by 8 wickets.