KXIP’s youngest prodigy Prabhsimran Singh is all of 18 years and 240 days but would prefer to make his debut against one of the most potent bowling attacks of the Indian Premier League- Sunrisers Hyderabad.

Kings XI Punjab’s youngest prodigy Prabhsimran Singh is all of 18 years and 240 days, but says he would be happy to make his debut against one of the most potent bowling attacks of the Indian Premier League: Sunrisers Hyderabad. The Sunrisers boast of a powerful quartet of bowlers in Bhuvneshwar Kumar, Rashid Khan, Mohammed Nabi, and Shakib Al Hasan, but Singh is unfazed by the star power.

“SRH is a team which has done well as a team and have some of the best bowlers. I would love to play against them and make my debut. Their quality bowlers would be a good test for me,” Singh told the indianexpress.com.

At an incredibly early age, Singh became one of the most astonishing stories in the 2018 auctions when KXIP shelled Rs 4.8 crore to have him onboard. But the wicketkeeper-batsman says he feels no pressure due to the price tag.

“My entire focus is to play and do well for Kings XI so that I can go ahead and represent India at the senior level. So I am unfazed with all the glitz and glamour and remain focused on my goal,” he said.

The 18-year-old from Patiala hails from a cricketing family (his brother Anmolpreet Singh is a part of Mumbai Indians), and is a great admirer of former India opener Virender Sehwag. And he plays an aggressive brand of cricket just like the former Indian opener.

In 2018, Singh was talked about in cricketing circles after a selection snub for the U19 team galvanised him to blast a remarkable 298 off just 301 balls against Amritsar in the semi-final of the Punjab U23 inter-district cricket tournament.

In that innings, he displayed a rare combination of aggression and maturity. Explaining his gameplay, Singh said, “This is something that I have done since I was a kid. So it is not that I had to develop it. I grew up watching Virender Sehwag and Adam Gilchrist and like stroke-making.”

But stroke-making has become more challenging as pitches across the country are slowing down, but Singh said that’s not a problem.

“No I don’t think so. A lot depends on the bowling attack and it’s not like I will be smashing everything. I know how to develop my innings, so I am not too worried about it. A lot of it is also based on the situations,” he said. 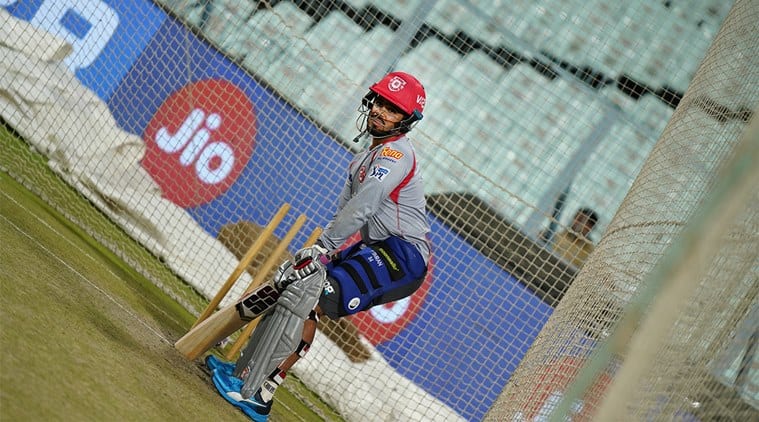 The IPL may be the perfect platform for the youngster to display his talent and make a name for himself. But is the teenager ready for the big stage despite not even playing a first-class game?

“I am ready, mentally and physically. I’m just waiting for the opportunity. Whenever the team management wants me to have a go, I am ready. Be it today or tomorrow I am prepared,” Singh said.

“I am available to bat anywhere where the team needs. But in the Syed Mushtaq Ali Trophy, I opened for Punjab. But I can bat middle order also,” he said.

“When I came here there was the only one goal – to perform whenever I get the chance. A good performance here will make my road to senior India quicker and faster,” he added.

To help him develop his game, Singh keeps receiving tips and tricks from his skipper R Ashwin during the nets. “Ashwin keeps telling me a lot of things when I go out to bat. If he thinks I played a false shot or I can make some improvement then he tells me. Fielding drills and mind set up for big games. These are things I implement,” he said.

King XI Punjab may have lost two of their first five matches, but the team is still upbeat as they prepare for their next challenge—which is incidentally, against the Sunrisers at home. So will the 18-year-old make his debut?

Why can’t I get another hat-trick in the World Cup: Lasith Malinga