ICC World Cup 2019: Kane Williamson does not have the fanfare or showmanship of his uber-cool contemporaries; it’s his friendly disposition, languid strokeplay and clinical zeal to complete the task at hand that appeals the New Zealand captain to his fans the world over.

Shared News| Updated: June 24, 2019 10:19:16 am
This aforementioned description by Martin Crowe perfectly fits Kane Williamson, who has been the backbone of New Zealand’s batting for close to a decade. (Reuters)

Kane Williamson visits cemeteries at night. As a kid he once stole a candy. He bunked school. He threw a fit after getting out in a school game — alas there are no such titbits of human frailty or darkness with Williamson. Somewhere, unknown to others, he must be up to something, surely? Can the police check the walls at his homes or backyard please? The people who know him well, since childhood, laugh when you put to them it seems too good to be true.

“He is really that good, no dark bone in his body,” laughs Josh Syms, his social science teacher and cricket coach at school. A sentiment shared by his batting coach David Johnston who has known him since he was 10. The cricketing world of course has nothing but respect for him. Not a whisper about him.

If anything, he seems to have coached the grownups, even as a kid. Syms tells a story when Williamson was 14 and playing a school game. A big match and he nicked one down the leg side and even as umpire signalled a wide, he walked. Astonished, Syms strode out. “Why did you walk? You know this is an important game. Look, even the umpire had said wide.” The kid looks up and says, “I hit it. So, I am out.” Syms turned to his corner, speechless. 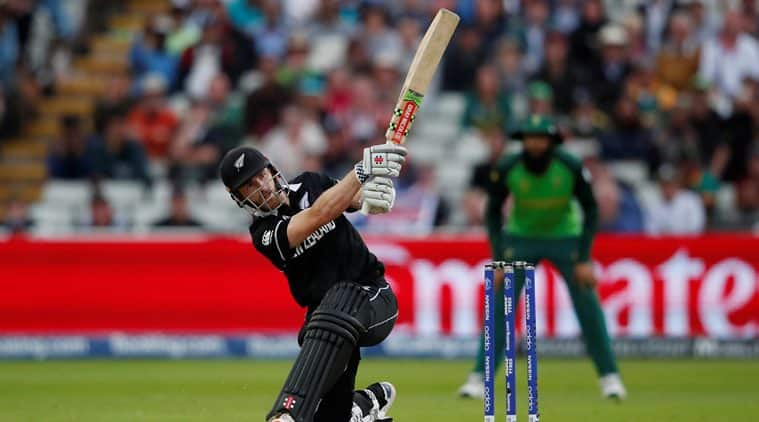 Johnston rewinds to a 12-year-old Williamson. He had scored three 100s in a row. His dad was the coach and swapped the batting order next game, sending his son down at No. 6. Williamson hit a century to take the team out of trouble, batting with the no.10 in a match-turning partnership. When they walked off the field, all the boys came out and clapped in admiration.

“He saw that, stopped, let the other kid walk first and clapped him off the field. When I saw that, right then, I understood his character. The sensitivity in a 12-year old to realise the other young boy might feel left out, the need to put his team ahead – that was a defining moment for me. He isn’t just a good batsman but a good person,” Johnston says.

During an ODI series against India, he came to attend a funeral of a staff member at the club he had played. “He went quietly through the backdoor, paid his respects and left. No fanfare. New Zealand doesn’t really know how good he is,” Syms sounds almost emotional. Someone has to be. Williamson doesn’t for sure. “Oh, he has this amazing ability to take nuts and bolts off any situation, take the emotion out of it, assess what’s the problem and what he can do to solve it,” says Syms. “Not just now, on a cricket field, but even back at the classroom. He was always like this.”

A moment from the thriller against South Africa at this World Cup. A tight penultimate over had reduced the equation to 12 runs from 7 balls. The ball is around off stump. No pre-determination yet from Williamson. At the last instant, he opens the bat-face and the ball rolls between the keeper and short third man for a game-seizing four.

“I was looking for a single, and at the last moment, I turned it – nah, I didn’t,” laughs Williamson minutes after the game ended. “He wouldn’t be caught dead, talking himself up,” says Johnston who moved by that knock sent him a congratulatory text. Pat came the reply, “Cheers DJ”. Johnston didn’t bother with a text after another thriller against West Indies. It’s not that he doesn’t know he is a good player. Rather, it’s because he knows he is good. “The media gets frustrated a bit that they don’t get anything out of him but that’s how he is. He knows he is good and always puts the team ahead of him. He finds it difficult to talk about himself,” Johnston says.

Perhaps it goes back to a newspaper article years ago that had picked up a blog from someone claiming to be Williamson, swaggering in print about himself and what he would be in future. The newspaper printed it without confirmation. Williamson has talked about it in the past. “Someone had pretended to be me in a blog saying I was going to be the next Martin Crowe,” Williamson said. “It was ridiculous and the words they were using were making me out to be some sort of gangster or something. It was embarrassing.”

When Williamson was two, he had a toy basketball hoop and a tiny ball in his pram. His parents noticed him shooting the ball from two or three feet away, popping the ball basket-ball style into the net. “Sandra and I looked at each other, and thought that was a bit weird,” his father Brett told New Zealand Herald writer Dylan Cleaver.

Williamson was good at most sports – football, cricket, volleyball, rugby, basketball. “He was also intelligent and good at studies,” says Syms. “What stood out for me was that for a young person, he was incredibly driven without inconveniencing anyone else. He was always self-less in that respect. As a school coach, and now a rugby coach for a team, I have seen a lot of good athletes are incredibly selfish – not Kane.” There was this one time though when he was a bit selfish. Syms had asked him to set up the cricket nets for practice and by the time he arrived with the other boys, all work was done. “That day the bowlers bowled really well, troubling all batsmen, barring Kane of course. The ball was flying fast. At the end of it, I checked and found that Kane had cut two-three yards – basically making it a shorter pitch so that he can get to face some pacy stuff. He was finding the regular training too boring!”

To this day, every now and then, Johnston and Williamson have net sessions. “Intense, he never wastes a session. First to come, last to leave. Always has a plan, working on some particular shot or line of attack. He has purpose to every net. All he is after is pursuit of excellence.”

Johnston cues up a story from the first time he played Daniel Vettori, who was already a star with the national team. “Williamson was 15 then. I was the selector in that game and a bit worried whether I had played him too early. What if a failure scarred him? The first ball he played off Dan, he whipped off the legs and it hit the short-leg on shoulder. No runs. Second ball, he fell lbw for a duck. As he walked in, I checked on him to see if he is alright, and he goes, ‘That was good fun playing an international player. I played the right shot but need to play it better’ – He wasn’t crestfallen, he had already done his analysis, summed it up, I just nodded and went back to sit.”

“The thing with him is that he isn’t scared of failure. He is not worried or won’t let himself be defined by success or failure. If he misses a ball, it’s gone. He stays in the moment. Success doesn’t change. That ability to stay in the moment is what makes him special. He is good technically, a classicist who can adapt and combined with that skill to stay in the moment, he has gone to another level. All through his career, whenever he has got out, he is not the person to rue it and mop around. He won’t say he shouldn’t have played that shot but see if it was correct, and if it was, how to play it better. Simple,” Johnston says. “Good technically, very very good mentally.”

The late Martin Crowe, New Zealand’s greatest batsman, was a Kane Williamson fan. The year before he died, he had said, “We are watching the dawn of New Zealand’s greatest batsman”. In his Cricinfo column, he wrote: “While an extremely busy player, it’s his quiet defence that stands out. The ball is met with a cushion in his hand, his framework right behind the line, his head staring the action down.

In a Test he will make the bowler pick up, in an ODI he will slightly angle and delay the stroke and deflect to behind square for a run… Williamson is a difficult player to focus against.”

“Due to his humility and lack of ego, it is harder for bowlers and captains to get ramped up about the absolute necessity to remove him. His passive body language gives very little to feed off… Williamson has that x-factor, which no one can quite pin down. Frankly, he is David playing like Goliath. Batting suited him from the minute he picked up his first bat; he had the perfect height, balance, fast-twitch muscles, electric feet, an inquisitive mind. Then he began to grow. Around him was an environment of support and knowledge. He appreciated both and never forgot his origins and roots.”

Crowe was a stats-obsessed man, using numbers to motivate himself in a weak team. He had felt “humiliated” in his first few games for his country; his captain Geoff Howarth had called him a “showpony” and as years went by, people in New Zealand didn’t quite warm up to him. To them, he was the “brash tall poppy from Auckland”, as he was once described. the media hounded him — some even floated rumours about sexuality and it wasn’t until 1992 when he received the adulation he craved for. In his last years, he became the country’s emotional lodestar.

Kane has had more luck. He is also a different personality – calmer, self-assured and friendly. Syms sums it up aptly: “He is an absolute star in world cricket. But for us in New Zealand, he is just Kane, laidback, modest, and a bloody-good bloke. Just Kane.”