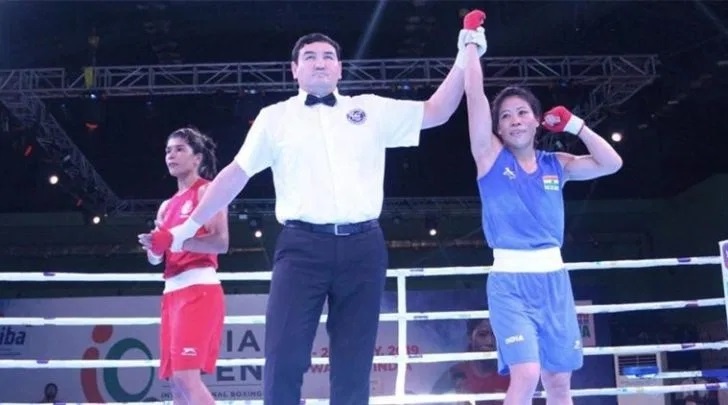 Shared News| December 28, 2019 1:09:58 pm
The most awaited match goes in favour of the experienced Mary Kom as she beats Nikhat Zareen by split decision 9-1 in the 51kg category at the boxing trials, booking her spot in the Olympic qualifiers next year.

Six-time World Champion Mary Kom refused to shake Nikhat’s hands after the fight. The Manipur boxer will now fight for Tokyo 2020 spot in the Asia-Oceanic qualifiers from February 3-14, 2020 in Wuhan, China.

Mary Kom defeated Nikhat Zareen to book her spot in the Olympic qualifiers.

Nikhat was reduced to tears after an argument broke between Telangana boxing officials and Boxing Federation of India officials, including the president.

Nikhat is in tears. There's a heated argument between Telangana boxing officials and Boxing Federation of India officials, including the president. Nikhat tries to calm things down https://t.co/l6IK1cawSR

The experienced 36-year-old’s name was initially sent to represent the country for the qualifiers but Zareen publicly criticised the decision, demanding a fair televised trial. On October 17, Zareen had written to the Sports Ministry challenging the Boxing Federation of India’s (BFI) decision by changing its rule of exempting gold and silver medallists from the World Cup.

The 2012 London Olympics winner had earlier beaten Ritu Grewal while Zareen fought a difficult battle against reigning national champion Jyoti Gulia in the buildup to the final. Mary had won a bronze in the 51kg semi-final at the Women’s World Boxing Championships in Ulan-Ude in Russia.

In other results, Sakshi Chaudhary defeated Sonia Lather in split decision, getting selected for the Indian team for the Olympic Qualifiers in the 57kg category. Meanwhile, Sarita Devi went down to Simranjit in the 60kg boxing trial in split decision.

We’re fitter and stronger than we’ve ever been: Taylor 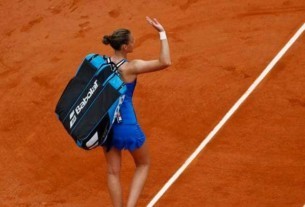 French Open 2019: Second seed Karolina Pliskova slides to defeat, Garbine Muguruza in the mood as she powers into fourth round