Shared News| February 14, 2020 7:42:56 am
Extradicted from the United Kingdom after 20 years, key accused in the 2000 match-fixing case Sanjeev Chawla was produced before the court on Thursday. The court allowed the police to keep him in their custody for 12 days. (ANI)

The Delhi Police Crime Branch is likely to summon Krishan Kumar, brother of slain T-Series founder Gulshan Kumar, as they prepare to question Sanjeev Chawla, the key accused in the 2000 cricket match-fixing scandal involving late South African captain Hansie Cronje. Chawla, who was produced before a Delhi Court on Thursday, was sent to 12 days of police custody.

Chawla and Kumar, along with others, were part of the 2013 Delhi Police chargesheet into the conspiracy to fix matches during the 2000 series between India and South Africa. While Kumar had been questioned, Chawla left for the UK before the scandal came to light.

A senior police officer said that along with Kumar, notices will also be issued to other key accused Rajesh Kalra and Dara alias Bittu asking them to join the investigation.

“We have prepared some questions for them and will confront all of them with Chawla. We have found during our investigation that the first Test in Mumbai and the first One-Day International in Cochin in 2000 were fixed. Now we will take him (Chawla) to both the places to re-create the sequence of events. We came to know that another accused, Manmohan Khattar, who had escaped to the US, died of cancer. But there is no official confirmation,” an officer said. 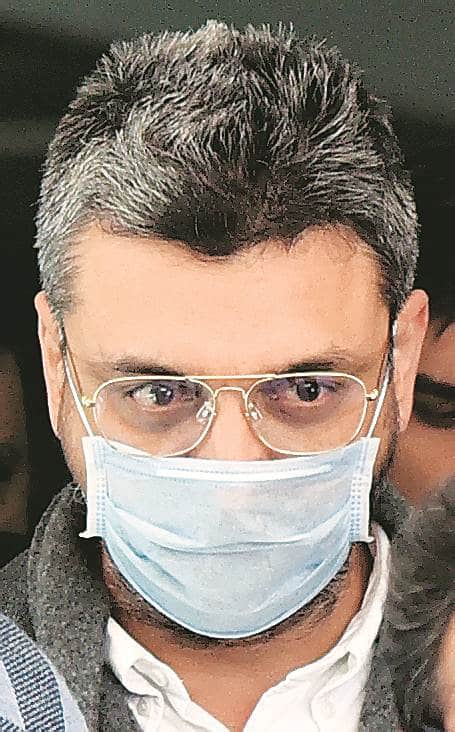 The scandal broke in April 2000, when Delhi Police intercepted a conversation between alleged bookie Sanjeev Chawla and Hansie Cronje.

Meanwhile, Additional Chief Metropolitan Magistrate Sudhir Kumar Sirohi allowed the police to quiz Chawla in their custody for 12 days instead of the 14 days sought, after the Crime Branch alleged that he “played the main conduit” for the five one-dayers and two Test matches of the India-South Africa series.

“… It is well settled law that the police does not require any permission from the court for further investigation and in this matter places like Cochin, Jamshedpur, Faridabad, Varodara, Nagpur, Mumbai and Bangalore are to be visited by the police and the matter is to be investigated further. Therefore, in my considered opinion, police custody of 12 days will suffice the purpose…,” the order said.

The court turned down the request of Chawla’s advocates – Vineet Malhotra and Hemant Shah – that they be allowed to accompany Chawla during the police remand, saying “accompanying the accused for the period of whole remand will frustrate the investigation”.

It, however, allowed the counsel to meet the accused everyday with prior intimation to the Investigating Officer of the case. The next date of hearing is May 14.

The scandal broke in April 2000, when Delhi Police intercepted a conversation between alleged bookie Chawla and Cronje, in which it was learnt that the South African captain had accepted money to lose matches. Chawla has also been accused of offering money to two England players in August 1999.

Chawla was produced before the court after being extradited from the UK and was handed over at Heathrow Airport in London to be brought back to India.

Delhi Police, represented by special public prosecutor Atul Srivastava, told the court on Thursday that Chawla was the main person involved in the match-fixing case regarding which an FIR was lodged on April 6, 2000.

The police said that Kalra, Kumar and Dara were arrested during the probe but Chawla absconded to the United Kingdom at the time of filing of the chargesheet and Cronje was killed in a plane crash in June 2002.

“…while committing the said crime, he (Chawla) stayed in the same hotels where the teams were staying. He had given money, mobile phone and also transferred money to Cronje’s accounts. He was in regular contact with other accused (Kalra, Kumar and Dara) and many others,” the court was told.

The agency, while pressing for 14 days’ remand, submitted that the accused has to be interrogated at length to unearth the whole conspiracy and identify all others involved in the scandal in India or abroad. The court was told that Chawla needs to be taken to the seven venues with other accused.

Chawla’s advocates opposed the remand and stated that “as per Letter of Assurance of Government of India, the accused has to be kept at Tihar Jail Complex during the pre-trial detention and in the event of prison sentence upon conviction.”

The court noted, “…the accused was granted bail in UK, therefore, the accused has not remained in custody even for a single day… The Government of India has assured that the accused would be kept at Tihar Jail Complex during the pre-trial detention and upon conviction by competent court, but the stage of pre-trial does not include the stage of investigation and the police custody sought is not against the spirit of the letter of Government of India dated 22.09.2017.”

I didn’t want to punish my body any more, says Vikas Gowda