Banking on the young talent, Pakistan head coach and chief selector Misbah-ul-Haq hoped for better results in 2020 and indicated that a few seniors may not return to the national side.

Misbah hailed the emergence of batsman Babar Azam and pace duo of Naseem Shah and Shaheen Afridi in 2019, which he termed as tough for Pakistan in Test cricket. “Going further we have to improve a lot of things in both red-ball and white-ball cricket. This team has enough potential and new boys are also making their way in international cricket. There’s certainly a bright future ahead for us,” Misbah said.

The coach spoke highly of Babar Azam. “The emergence of Babar Azam as a mega star across all formats is very good news for Pakistan cricket. He remained number one in T20I cricket and is in the top ten batsmen in the ODI cricket. “He played some brilliant innings in the World Cup and ended the year by establishing himself as a Test batsman with scintillating performances in Australia and two centuries against Sri Lanka in Pakistan.”

Misbah also noted Naseem Shah and Shaheen Afridi’s impressive start in Test cricket. “Naseem got a fifer in the last Test against Sri Lanka. Shaheen bowled well in the World Cup and he showed glimpses of being a Test bowler in South Africa, and bowled really well in Australia and here in Pakistan against Sri Lanka. We will hopefully bank on these two promising fast-bowlers in the future. 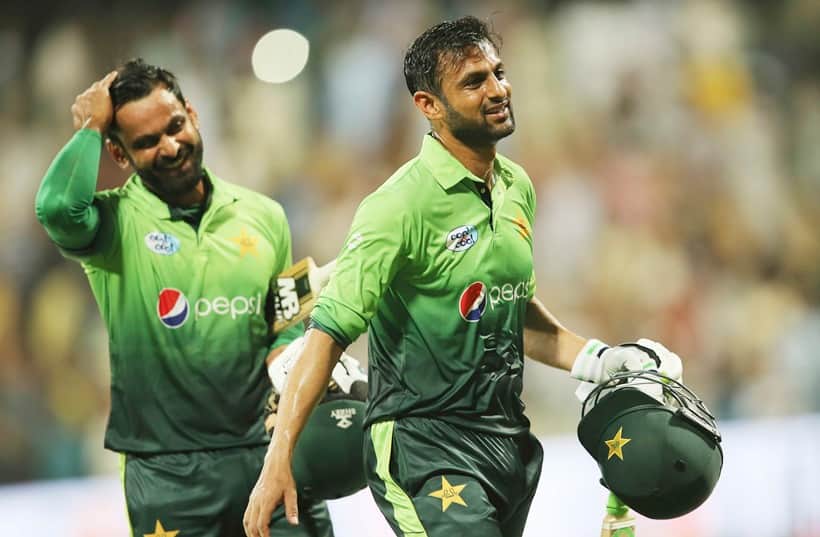 Malik and Hafeez have in a combined total made 705 white ball international ODI and T20 appearances for Pakistan.

“Overall, we are on the right track. The more we play the longer format, the more we will improve. We need to do a lot of work in white-ball cricket ahead of the all-important ICC T20 World Cup in Australia.” Misbah did not take any names but his comments indicated that it is the end of the road for Muhammad Hafeez and Shoaib Malik in international cricket “We can go a long way with a few more additions in the side and the present players maturing,” he said.

Misbah since assuming the dual responsibility in September has himself come under fire for the team’s poor performances especially after they suffered a three-nil defeat to Sri Lanka in the T20 home series but did not call Hafeez or Malik to the team even though Pakistan also lost a T20 series in Australia.

Hafeez and Malik last played for Pakistan in the World Cup. Since then Malik has retired from ODIs and only focuses on T20 cricket while Hafeez is also available only for white-ball cricket. None of the two has been called up for Pakistan duty by Misbah.

Malik and Hafeez have in a combined total made 705 white ball international ODI and T20 appearances for Pakistan.

Misbah said Pakistan’s performances in white-ball cricket suffered since their main players like Fakhar Zaman, Hasan Ali and Shadab Khan, on the back of whom we had won the ICC Champions Trophy 2017, lost form at a crucial time which saw us suffer in the ODI World Cup and T20I format.