For the second year running, Mumbai head into their last Ranji Trophy league game with disillusionment. For the second time in 12 years, they haven’t made it to the knockout stage. They will play Madhya Pradesh, who are even worse off than them in terms of points (11 to Mumbai’s 14), in a game where nothing much is at stake barring the proverbial pride and honour. Non-Mumbai fans will probably see their decline as the democratisation of Indian cricket and how it has seen the rise of ‘smaller’ teams, but it would be a hard pill to swallow for Mumbai’s cricketing ecosystem.

This debacle should hurt. They had big names like Ajinkya Rahane, Prithvi Shaw and Suryakumar Yadav for the initial games, but still lost two matches against Railways and Karnataka.

Not that their bowling was much better. Questions were raised after the 41-time Ranji champions couldn’t remove the No. 8 and No. 9 batsmen against Saurashtra last week in a must-win game. Kamlesh Makvana and Dharmendrasinh Jadeja batted out 40 overs to ensure it was Saurashtra who took three points and qualified for the knockouts. Mumbai coach Vinayak Samant, a former player, says he can’t change the past but will instead look ahead after a dull season which saw Mumbai eking out just 14 points from seven games. 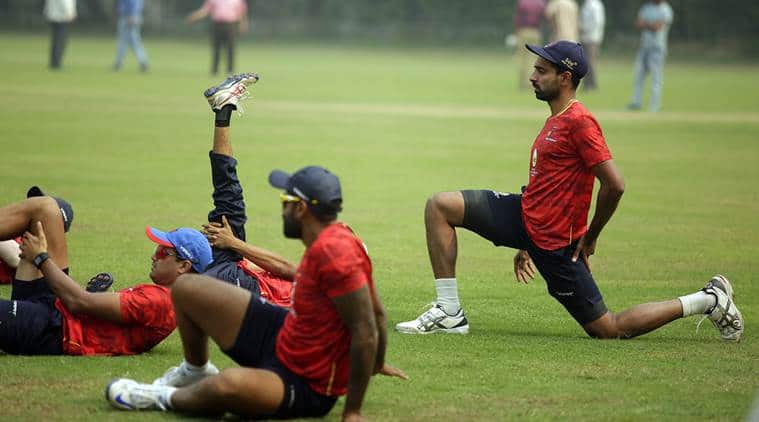 “We can’t do anything now, whatever has happened has happened. I will take this game with a lot of pride. It will be a chance for many young players. We want to go out there and play with the same intensity and give it a last shot. We have plenty of time to think about what happened and how it happened. But first we have four days left and I want youngsters to grab it,” Samant said. The selection committee has made a few changes to the squad for the last game. Mumbai have dropped opener Jay Bista, who flattered to deceive; he looked in touch but never produced the runs. Aditya Tare found some form but a lot depends on the in-form Sarfaraz Khan and Suryakumar Yadav. The onus will be on them to carry the bulk of the batting burden. With an average of 186, Khan’s scores in the last three matches read 301*, 226*, 78 and 25. He has scored 745 runs in five games and achieved a stunning comeback to Mumbai cricket. Mumbai will also miss injured seamer Tushar Deshpande in their last league encounter.

Winless this season, Madhya Pradesh will look to do what Railways and Karnataka did – upset Mumbai, though their top order too has consistently disappointed. Only three batsmen have scored centuries this season and bowlers too have turned out ordinary performances. Madhya Pradesh will also be without the services of their ace pacers Avesh Khan, who is yet to return to India after the A trip to New Zealand, and Ishwar Pandey, who has been rested. Samant says he can’t take any team lightly and Mumbai will take this game like any other. “They are a good side and we can’t take them lightly. The pitch looks dry, so spinners will hold the key. There will be bounce as well,” he said.

At Asian Championships, a chance for Indian wrestlers to change the status quo